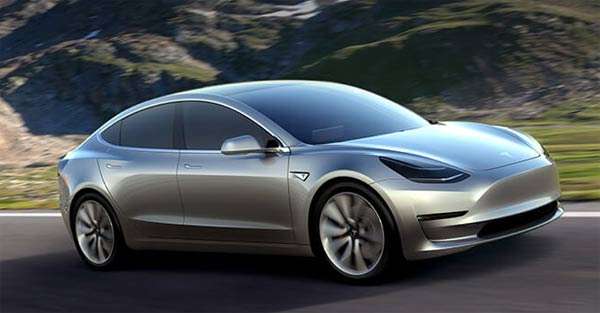 Tesla Motors have grand plans for 2017 and with so many ventures in the pipeline, profits and shares in the company could just be the wise bet this year.
Advertisement

If there is one thing you can bet on for Tesla Motors in the coming year, it's the pushing of technology and their increased focus on being the top producers in the electric vehicle market. The Model 3 and the continual expansion of their GigaFactory amongst other enterprises show the company to be pushing in all areas when it comes to electrical vehicles and solar in the next few years.

In the coming year, President Trump's plan to increase U.S. based manufacturing could be one of the main factors that push Tesla ahead. The company currently has 83% of its workforce in the US and with the completion of the Giga factory the numbers will surely increase. President Trump may not be a fan of climate change and thus the reason for EV vehicles, but having vehicles that are completely US made are definitely plus points and with the newly elected president reportedly owning a Tesla himself, the current share prices for the company which have risen since the election are more likely to carry on upwards.

As Tesla CEO Elon Musk is currently on board as one of the new economic advisers, a possible push for a carbon tax is in the pipeline which would increase gasoline prices and push a focus more to electric vehicles, could be on the way. Musk has recently tweeted his support for secretary of state Rex Tillerson who may introduce a carbon tax further pushing Tesla's EV pathway.

China seems to be a large growth market in the coming year for Tesla with the company having a current 2% share. China is the second largest category market for Tesla with 3,025 cars being delivered in the first nine months of 2015. Tesla are also expanding their supercharger network across China, with manufacturing plants underway in Shanghai.

Not many companies shout about their manufacturing facilities as much as Tesla's GigaFactory in Nevada. Currently producing the lithium ion batteries needed for their planned 500,000 vehicles per year, the factory will also employ all US workers and possibly be the centre for much of the Model 3 build. Links with Panasonic also mean a constant future push to make the battery technology ever better and ultimately a longer range in their vehicles.

If share prices you are your thing, then Tesla shares look like a safe bet for 2017, but the main takeaway is that the constant push by the company in all areas means they are the car company to watch in 2017.

For Some Former Daimler Managers Daimler Is Authority, While Tesla Is Like a Startup
How Daimler Unintentionally Subsidizes Tesla Giga Berlin
END_OF_DOCUMENT_TOKEN_TO_BE_REPLACED