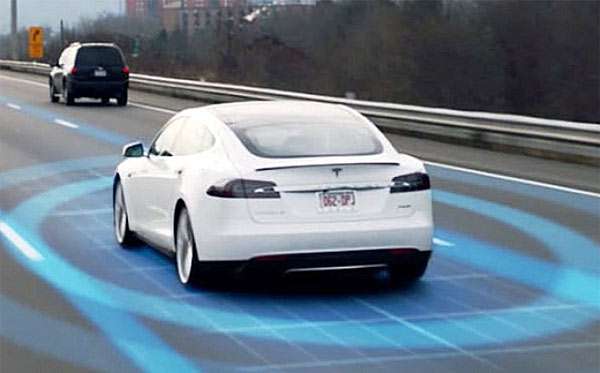 One car insurance company is starting to offer a discount to drivers who use Tesla's Autopilot system.
Advertisement

After a six-month federal investigation into an accident involving a Tesla vehicle has eventually proved that autopilot can make the vehicle up to 40% safer. This has prompted one insurance company to offer discounts to any driver who uses the autonomous Autopilot system according to Fortune.com.

The insurance company in question, Root based in Ohio, will give discounts to vehicles packed with the autopilot feature, presumably based on the results found by the U.S. National Highway Traffic Safety Administration.

“Self-driving cars are making our roads safer and that means less risk and less expense for everyone.” “It’s only fair to pass those savings along to the customers who invest in those self-driving cars,” stated Root CEO Alex Timm.

To get the discount from Root drivers have to download an app and then take a test drive, which if you pass all the criteria means you can then swap insurance policies all through the app. The app measures auto steer eligibility throughout the test drive and then a tiered discount is applied to the policy. This discount increases with the more highway miles driven with the semi-autonomous driving technology.

Any Tesla vehicle made of October 2016 will have the Hardware 2 system which has an updated array of sensors, radar and cameras along with regular software updates, which will make the driving experience as autonomous as possible. The upgraded hardware provides eight cameras and ultrasonic sensors which are expected to be far faster than what was previously installed in Tesla vehicles. these hardware updates are backed up by regular over the airwaves software updates continually refined over time from all the driving data collated by Tesla.

The U.S. National Highway Traffic Safety Administration investigated these features, which included automatic emergency braking and the data retrieved from a crash or accident, which essentially meant that with the use of features like auto steer, accidents are prevented and the vehicle safer.

It was also found that the 360° view provided by the new Hardware 2 stops the limitation of rear end collision previously found as older technologies could reliably spot crossing path collisions. This means that if you live in the Ohio area and own a Tesla vehicle and an iPhone, you may just be in luck with getting a cheaper insurance policy from now on.

This is obviously an interesting standpoint by the insurance company, as more insurers may start to offer similar policies in the future which reward drivers who use autonomous driving to make their journey safer. This could also be a long term added incentive to turn people onto electric vehicles more readily if they know their insurance costs are going to be cheaper owning an EV vehicle, especially with the peace of mind that the vehicle will be inherently safer.

Nick wrote on March 16, 2017 - 9:23am Permalink
The Root idea is very interesting indeed. I for one would be very interested in joining a risk pool with only other drivers who have been vetted as top tier exposures…but doesn’t it go against the “point” of insurance? Wouldn’t it be ironic if the founder of Root was a fan of the ACA? Imagine how the ACA would fare if a similar vetting process were in place…
Dave Ashton wrote on March 16, 2017 - 11:08am Permalink
Good point!