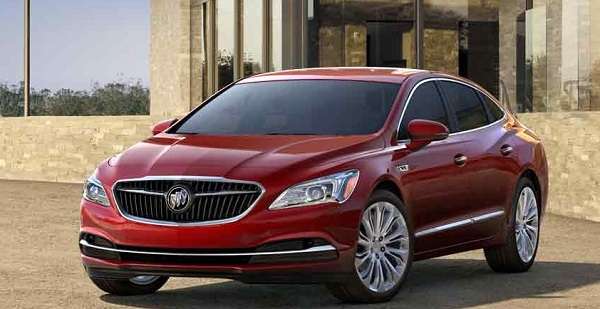 2017 Buick LaCrosse - The Style To Watch

Those tri-shields your grandma and grandpa drive around in are getting major facelifts, and are catching buzz with the younger crowd.
Advertisement

As an avid Buick enthusiast, the new style of Buick excites me. I was never a fan of the new Buicks (2010+), but this new style that we've seen in the 2017 LaCrosse excites me for the future of Buick.

Buick took a bold stance with its Avenir concept released in 2015, and made hints that this style would make its way into the future Buicks.

If you look at the Avenir style, there are throwbacks to the Riviera Boattail in the early 70's, a traditional chrome waterfall grille, as well as curves in the body running from the front wheels to the rear wheels in the lowest portion of the doors and quarter panels. Spokespersons for Buick said the Avenir hinted at the future of Buick.

The 2017 LaCrosse takes heavy styling from the Avenir concept, including the waterfall style grille, and the sloped rear end. Not to mention the beautiful chrome wheels that the older Buicks were known for.

Another thing to note in the new Buick styling is the use of the red, white and blue tri-shield, which was used from 1959 until 2002 which was replaced with the silver tri-shields.

I've grown up with my parents and grandparents owning Buicks, and I became accustomed to the style. However, the style of the new Buick isn't just catching the attention of Buick enthusiasts.

I've asked friends what they think of the new LaCrosse and the Avenir, and most of them reply with "A Buick I would buy." It's worth noting my friends are younger than 30, which is the market Buick is going after.

Buick had always tried to assert themselves as a performance car for the younger generation, but I'm sure you know just as well as I do that most young people aren't enthusiastic about a Buick.

Only time will tell what the future holds for Buick. Buick says all their cars will look similar to the LaCrosse by 2020. If this style catches on, Buick could become quite a contender in the auto market. Once again, only time will tell.