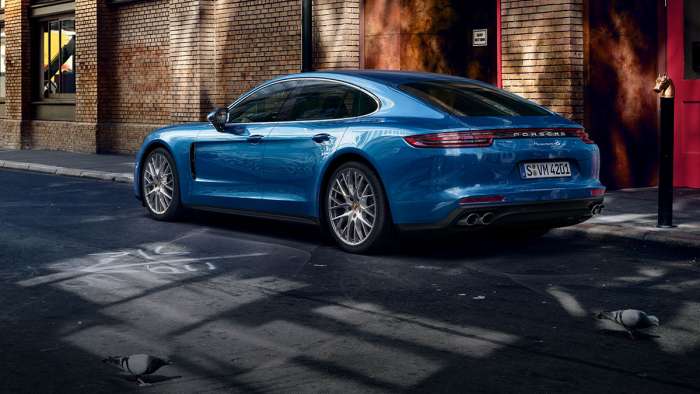 Is Your Vehicle Holding Its Value? Here Is KBB’s Listing Of Top Models

Kelley Blue Book released the winners of the vehicles that it believes will retain their residual value best over the next five years.
Advertisement

Kelley Blue Book has chosen Porsche as the luxury brand with the best projected resale value for the 2017 model year. By winning this honor, Porsche has ended a five-year run by Lexus. KBB gives its Best Resale Value titles to those vehicles that are projected to have the highest residual values over five years.

Toyota took top honors as the best overall brand, knocking off Subaru which had held the title for the last two years.

According to Eric Ibara, KBB’s director of residual values, light trucks, including eight pickups, are the vehicles likely retain the most value. The rating reflects the overall strength of the light trucks versus the weakness of cars.

General Motors led the industry with four of the top 10 models, Chevy Colorado, Chevy Silverado, GMC Canyon and GMC Sierra. Toyota had three models on the list, 4Runner, Tacoma and Tundra with the Honda Ridgeline, Jeep Wrangler and Subaru WRX rounding things out.

The average 2017 model will keep only a third of its value over five years, down nearly two percent since last year. KBB, a leading market price, and value guide said market forces and economics determine resale value. However, the publication found those vehicles with high residuals tend to have few discounts and lots of customer interest.

Ibara noted that local “preferences can significantly impact the value” as well. In the colder regions of the country, a two-wheel drive vehicle’s resale value often will not be as high as a four-wheel- or all-wheel-drive version of the same model. In warmer climates, black or dark-colored cars will not have as high resale value as they could command in other regions.”

Though Lexus did lose the best luxury brand title, the automaker led all brands with four vehicles that were tops in their segments.
Chevy, Honda, Porsche, Subaru and Toyota had three models at the top of their categories, while Ford, Jeep and Nissan had one apiece.