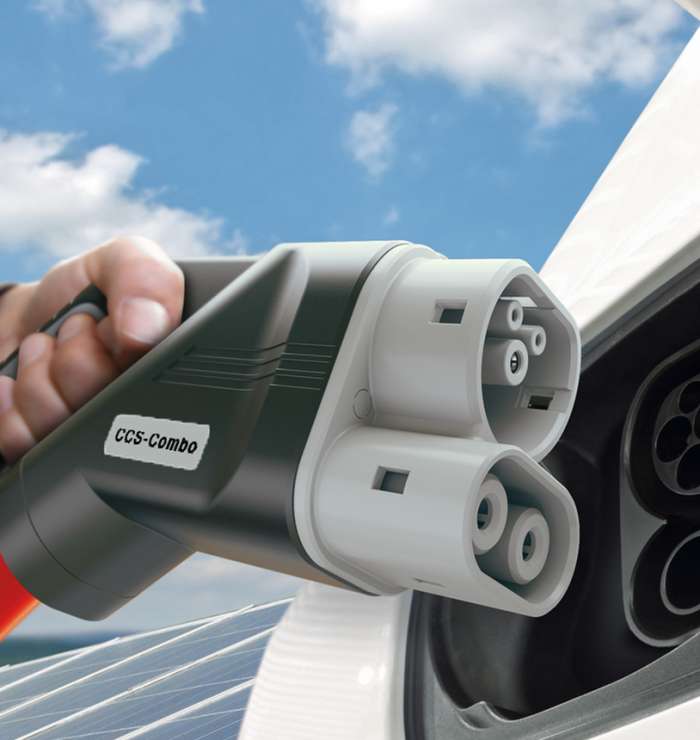 Will Euro EV Charging Plan Become A Blueprint For The U.S.?

Volkswagen and three other automakers have announced ambitious plans to grow a network of thousands of high-capacity charging stations across Europe so that driving an electric will be like driving a gasoline-powered vehicle.
Advertisement

One of the requirements of the Dieselgate Class-Action Suit settlement was mitigation funding by Volkswagen. Aside from the payments to those affected directly by the lawsuit, another section of the agreement required VW to pay up to $4.5 billion to mitigate the effects of the excessive emissions by 2.0-liter four-cylinder turbodiesel powerplants.

The agreement required up to $2.5 billion in mitigation funding to remediate problems caused by excessive emissions and another $2 billion in payments to establish zero emissions infrastructure (electric vehicles). VW hasn’t said yet what projects it intends to fund and what other ones it may not. Further, it hasn’t said yet whether it would participate in any of the programs that might be financed by the billions. The Environmental Protection Agency (EPA) has announced that VW does have the right to earn money from its investments. However, it also seems to be implying that VW is the banker and not the project manager for the investments which appears to leave things wide open for others.

With that said, a Dec. 1 hearing on what VW intends to do could be eye-opening for the GOP lawmakers who see many alleged problems in VW’s participation, believing that it puts VW at a competitive advantage over other firms.

Not everything is happening in Washington, though. Some of it is occurring in Europe where Volkswagen has signed on with BMW, Ford and Daimler to establish a network of fast-charge electric stations on the major roadways of Europe. This move is likely a critical step in facilitating widespread acceptance of electric vehicles.

The automakers have signed an initial memorandum of understanding that establishes a level of “unprecedented collaboration” between them. Their goal is to develop, as quickly as possible, a large number of charging stations so that motorists can be assured they would be able to recharge their vehicles on long-haul trips.

The network, which could act as a type of roadmap for the U.S. highway system if the auto industry and Volkswagen were to import it, aims at providing ultra-fast charging stations. The power levels would be up to 350 kW which is faster than even the best systems out there today. The network buildout is slated to begin next year with 400 sites targeted initially. In three years, the ambitious plan calls for thousands of charging locations across Europe. “The charging experience is expected to evolve to be as convenient as refueling at conventional gas stations,” the automakers said in a statement.
Combined Charging System Technology

Based on Combined Charging System technology, the plan expands the existing tech standards for AC and DC electric vehicle charging, bringing up to 350 kW. The new network will recharge electrics in just fractions of the time it takes to charge an electric vehicle today.

The heads of the partnering automakers all are enthusiastically on board with the plan. Volkswagen Group’s Porsche and Audi subsidiaries are participating. Oliver Blume, Porsche chief exec, identified VW’s strategic view when he indicated there are “two decisive aspects for us: ultra-fast charging and placing the charging stations at the right positions.”

Expressing a similar thought was Dieter Zetsche, Daimler chief exec. “The availability of high-power stations allows long-distance e-mobility for the first time and will convince more and more customers to opt” for electric vehicles. He was echoed by Mark Fields, Ford chief, who said that the infrastructure is essential for “mass consumer adoption and has the potential to transform the possibilities for electric driving.”

Harald Kruger, BMW Group CEO, praised the combined project. “The joint project is another milestone clearly demonstrating that competitors are combining forces to ramp up e-mobility.”

The way it stacks up is this VW, BMW, Daimler and Ford are equal partners in the venture. As part of their participation, they will likely encourage other automakers and regional partners to participate.

The interesting takeaway for VW is this. With the experience VW will gain working with other automakers in growing out the high-capacity charging network, VW will be in prime position to use the billions it will pay into electric vehicle infrastructure to build a high-speed charging network here. The only fly in this particular ointment is potential competitors who, having been rebuffed in their court attempts to make VW into little more than a big banker for individual efforts, are now enlisting the aid of lawmakers to work for them.