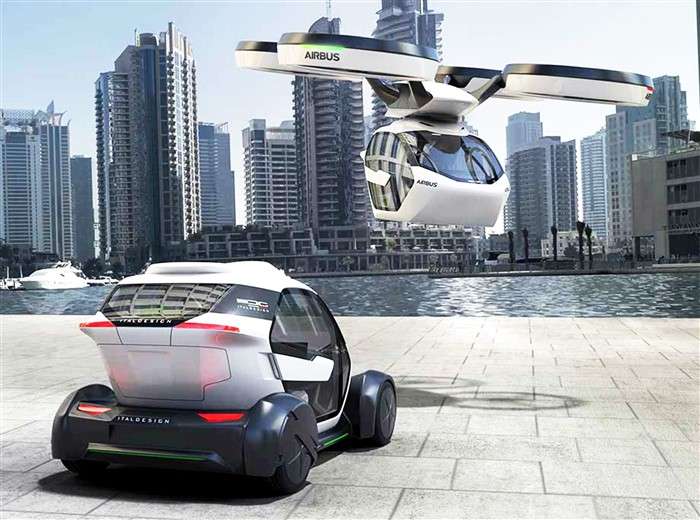 Will drones be the next commuter vehicles? Porsche says yes

Porsche's latest research venture points to a change in the way we may commute. How would you like to fly to your next appointment?
Advertisement

Have you seen stories recently that have discussed a new type of aero-car? It’s true! Boeing has developed or is in the last stage of development of a vehicle that you can drive to the airport; make a couple of changes, and take off. Of course, you will need a valid pilot’s flight certificate, I would imagine, and you’d, like as not, have to comply with Visual Flight Rules (VFR).

Pricey maybe, but no one knows how much drones will cost

Notice the manufacturer; it is Boeing. So, you might expect it to develop something like an aero-car. Given the possible price, I don’t think many of us will run right and buy one of them. However, you never know. It seems more of a curiosity than something practical, but you never do know.

According to the German auto publication Automobilwoche, the Volkswagen subsidiary is developing passenger drones. Indeed, the magazine claims that first design sketches may soon be making the rounds. Also, the publication says that to obviate the need for pilot licensing most of the flying ability would be automated. Other automakers are supposed to be working on drone tech.

Porsche racing toward concept sketch one

While there's apparently not much to show at this point, you would have some control over the machine but wouldn't need a pilot's license -- like other in-progress drones, a large chunk of the flight control would be automated.
Though Porsche is not discussing the idea as a company publicly, its officials are open to discussing the idea with the press. For example, Detlev von Platen, head of sales, told a reporter that it takes him at last 30 minutes to motor from the automaker’s Zuffenhausen headquarters in Germany to the Stuttgart airport. A drone, he indicated would make the trip just “three-and-a-half-minutes.”

As the auto publication notes, it is odd for Porsche to be heading into this venture, but, it speculates that feeling pressure to do work in the drone arena. Look, the automaker’s rival Daimler is backing a drone made by Volocopter while the Chinese automaker Geely, the manufacturer of the Volvo, recently purchased bought Terrafugia. Porsche’s parent, Volkswagen, is also in the world of drone tech. Its Italdesign subsidiary is working with Airbus on a Pop.Up flying concept car.

Porsche is working not only on drones but also on hands-off or autonomous vehicles. This is quite a contrast for a marque that has been the epitome of the driver’s car.

Interestingly, the publication has speculated that Porsche has to explore drones. If it misses this chance, it could lose if they miss a significant swing away from human-piloted cars toward all kinds of autonomous vehicles.