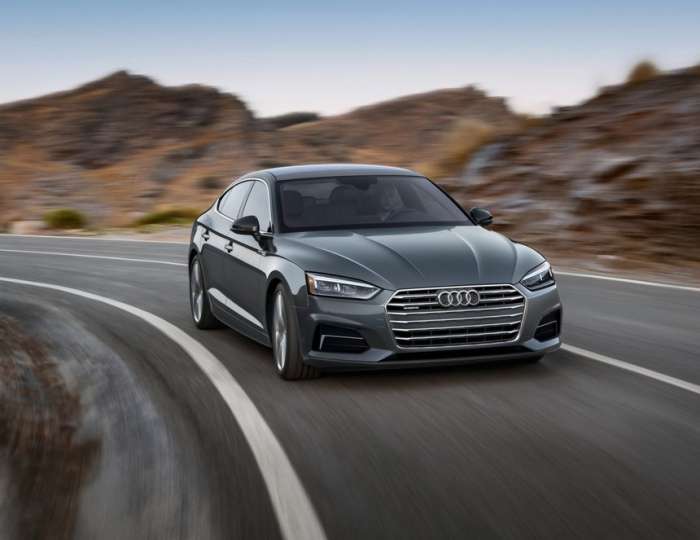 When Is It a Coupe? If It Has Two Doors, Not Four And It Is An Audi Sportback

Audi's A5 Sportback, slated to go on sale in 2018, popped up at this week's Los Angeles Auto Show. The A5 Sportback looks like a smaller clone of the A7.
Advertisement

Does it irritate you that for last year or two carmakers have been taking perfectly good four-door sedan-style cars and trying to pass them off as coupes? Honestly, now, as someone who is remotely familiar with vehicles – the average Torque News reader – doesn’t it drive you a bit bonkers? Honestly, a coupe is a coupe (two doors), a sedan is a sedan (four doors) and a hatchback is a hatchback (usually five doors). You would think carmakers would know better, wouldn’t you?

And, with that small rant out of the way, this week’s Los Angeles Auto Show, saw the U.S. debut of Audi A5 Sportback, another of the industry’s many attempts this year to redefine the coupe (it’s a hatchback). A five-door hatch, the Sportback is, for all intents and purposes, a clone of the A7 but not on so many steroids.

Available in two versions, A5 and S5, the base version is powered by Audi’s 2.0-liter, turbocharged four. The four cranks out 252 horsepower and 273 pounds-feet of torque. The inline four mates to VW’s seven-speed dual-clutch automatic that enables the engine to spool up and send the A5 Sportback from 0 to 60 in under six seconds. The A5 Sportback uses Audi’s Quattro, all-wheel-drive system.

The other powerplant, Audi’s 3.0-liter, V-6 turns out 354 horsepower and 369 pounds-feet of torque. The all-wheel-drive S5 uses a more standard eight-speed transmission. The powerteam (engine and transmission) drives the S5 Quattro from 0 to 60 in 4.5 seconds, quick enough for anyone’s tastes.

As noted, the A5 looks like a smaller exact clone of the A7, down to the lines. The interior shares lots of interesting stuff with other Audis, for example, the A4. The digital instrument panel – “Virtual Cockpit” – is the same as is the MMI infotainment system. You might also notice the models share the same adaptive cruise control and other safety features, which makes sense since it saves Audi money to share features among models.

The A5/S5 made its appearance in Europe earlier this year and was reintroduced at the Los Angeles show.