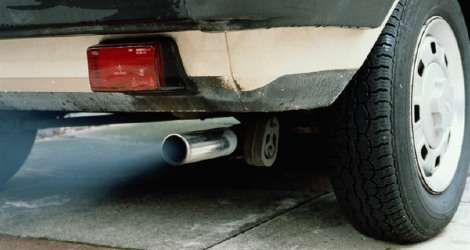 What Do You Suppose May Be An Answer To Pollution? How About Ink

A company, led by an MIT scientist, has found an innovative way to help in the pollution effort. By using a passive device in the exhaust stream of a vehicle, a major component of pollution, soot, is removed and controlled. The system can capture up to 95 percent of particulate pollution.
Advertisement

Most of the time, I am looking at all sorts of sources seeking items that I can use to cover Volkswagen and subsidiaries. However, this bit of news just jumped out at me. When I thought about it further, it made sense not only for VW and its subsidiaries but also for the rest of the industry.

Imagine finding a solution for the soot that is pumped out of millions of exhaust systems in, of all places, pens and paints. Popular Mechanics recently outlined such a project, conducted by MIT scientist Anirudh Sharma. He looked at all sides of this problem and figured out that he might help the soot problem in his native New Delhi by using, of all things, ink.

His company, Graviky Labs, captures automotive soot, turning it into black ink for pens and artist paints. There are two parts in the ink-making process, capturing soot and making the ink.

A passive system, Graviky says that when the soot-capturing device, also called Kaalink, is in place, it can capture soot at rates of up to 95 percent. Interestingly, the Kaalink device can handle this “without inducing back-pressure,” a major no-no. Each Kaalink remains in a vehicle’s exhaust stream for 15 days when it has to be cleaned at a gas station.

The company doesn’t think of itself as the be-all-and-end-all of the pollution problem. It knows that unless Kaalinks “are deployed on a large scale, and there is an entire ecosystem around it,” Nikhil Kaushik, Graviky co-founder, told The Huffington Post India, “its effect will be minimal.”

To make sure it gets into the greatest number of markets possible, Graviky is working with Tiger, a beer company from Singapore, in promoting the product through street art.

More Than One Effort

Graviky isn’t alone in trying to find different solutions to smog. Says Popular Mechanics, another team of MIT researchers is looking at jet engines as the transport mechanism for smog. The team is trying to carry pollution out of New Delhi. Though the jury is still out on both efforts, it will likely take a combination of many efforts to make even a small dent in pollution.

Smog and particulates are very nasty problems for India. New Delhi was recently named the city with the world’s most polluted air. Sharma saw the potential for the ink solution when he returned home for a visit.