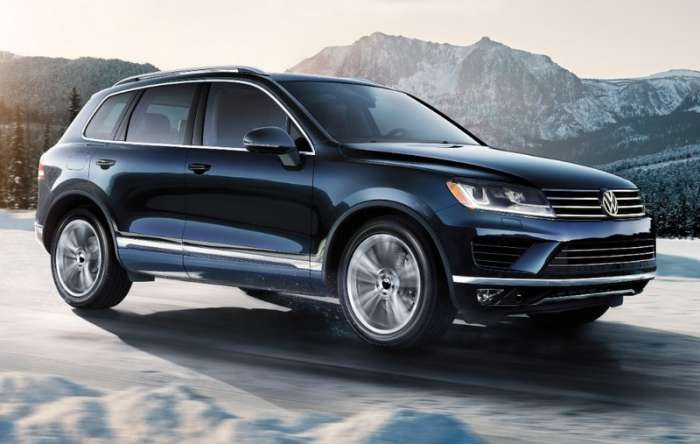 Want A Great Buy For Your Automotive Dollar? Check out one of these vehicles

For various reasons, you can get a great deal if you are in the market for a new sedan or crossover. Normally, sedans are strong performers, but, sales have been off for more than a year as crossovers have passed sedans by taking the top spot. Because sales are slow, you can push dealers into great deals. The same is true of a number of crossover models.
Advertisement

For the last 12 months or so, automotive people the world over have been scratching their heads, trying to figure out what has happened to midsized sedan sales. To say that sales of midsized cars have dried up is putting it mildly; honestly, sales have tanked.

At the same time, sales of crossovers – compact, midsized and full-sized – have gone through the roof. Crossovers have taken over the market position that used to be the domain of midsized sedans. At that, not every crossover has taken off. Instead, there are some whose sales have followed midsized sedan sales. Industry watchers are pouring over their Ouija boards, crystal balls and computer printouts trying to find an answer to this contradiction. Some have turned their divining rods on the problem while others are looking that the bottom of their teacups trying everything to see why.

The answer that they have found is a hearty: “We don’t know.” U.S. News and World Report turned its automotive staff loose on this recently; their results mimicked those of other groups and researchers. They couldn’t find any obvious reasons for the market actions.

These vehicles perform; their quality – exterior and interior – is high; they are safe and reliable. They have all the right features such as safety and information technology, and yet they are still not selling. Whether it is perception or marketing, the reality for the carmakers involved is a large bunch of vehicles that are sitting around gathering dust on many new-car lots. In an industry that depends on constantly churning the inventory slow-sellers are huge problems that have to be sold, traded or swapped so they can stop be turned into money-makers as quickly as possible.

Whether it was Volkswagen’s self-inflicted diesel emissions scandal or something else, sales of Touareg plummeted 40 percent last year. Other than the scam, VW is at a loss to explain why the luxury midsize crossover has deep-sixed. Overall, the Touareg performs well, handles well, features comfortable seating with more than enough interior space for five. Touareg also features the latest safety tech and has performed well in government and private safety testing. Despite the sharp features, Touareg has seen its fortunes sinking. Not only have sales dropped but prices have prices have dipped two percent, while the industry has continued expanding.

Dealers still have an excellent variety of gasoline-powered Touaregs available so now could be just the time for a trip to a local VW showroom for a chat with a sales manager.

The Ford Fiesta is an enigma. Though it is fun to drive, taking on winding roads quickly, the Fiesta hasn’t broken through in the last year. Sales were off 24.3 percent in the subcompact segment, just where the hatchback Fiesta hangs out. And, not only were sales off, the average price of performance subcompacts is off about 1.3 percent. These trends mirrored the buying public’s turn away from cars. Ford dealers are anxious to move Fiesta from the unsold to the sold column and off their lots, so this puts the consumer in the driver’s seat.

The Fiesta does have a great deal to offer as its performance is top-rate, featuring a turbocharged four that makes quick work of high-speed highway merges. Passing is also easily handled. Already a low-priced vehicle, Fiesta doesn’t feel or look like a low-cost car. The interior materials are high quality, and the interiors are topnotch.

The Mazda6 is another performance car whose sales are off. A midsized, the Mazda6 is part of a segment whose sales performance started fading during mid-2015. The fade accelerated in 2016 to the point that midsized and full-sized car sales have slowed to a near halt, while crossovers have become market leaders, a position that mid- and full-sized cars used to hold. Mazda dealers, for example, reported midsize car sales were off 21.4 percent in 2016 versus 2015. Total sales in this segment were off 11.2 percent for last year. The sales drop occurred while the industry, as a whole, experienced 0.3 percent sales growth.

The conundrum that has faced dealers since 2015 is why crossovers have overtaken and passed sedans as market leaders. After all, the Mazda6 is agile, cutting through curves and corners like a hot knife through butter. Though it is a performance sedan, the Mazda6 comfortably seats five in supportive seats. The interior materials are first-rate, while the exterior styling is quite bold. The infotainment system is user-friendly.

Given the sales slowdown and prices that are falling, you should be able to score an excellent deal at a dealership.

The 500X came into 2016 as an all-new small crossover. Featuring attractive styling and a quality cabin design, the Fiat 500X is known for its city maneuverability as well as its nimble handling. Also, the 500X features an available all-wheel-drive system that increases the subcompact crossover’s handling in wet or snowy weather. As good as these features are, reviewers have called out the 500X on its weak – non-existent – performance.

Though its styling is pleasing, the Fiat 500X brings nothing to the table. The market, clearly realizing that poor performance is a major issue, illustrated the seriousness of the problem, punished sales last month. Sales were down a total of 76.4 percent over the same period last year. Fiat’s lousy performance occurred as the segment – crossovers – saw its sales spike 19.2 percent. And, while the industry, as a whole, saw per-vehicle price growth of two percent, the 500X’s pricing dropped 2.5 percent, compared to a year ago.

The twin problems of weak demand and dropping prices mean that you are in the driver’s seat at your local Fiat dealer’s showroom. You will likely be able to knock down the 500X’s already low price by a significant amount as dealers are just trying to move the compact crossovers off their lots.

Let’s face it, 2016 just wasn’t very good at GMC. Sales were off a total of 2.2 percent from 2015. Much of the reason for the sales slip is the Terrain. Sales for the full-sized crossover slammed downward by 21.5 percent over last year. Compare this to the overall 3.3 percent sales growth in the crossover segment.

Interestingly, Terrain is a strong competitor, having quality, roominess and an upscale feeling in its corner. Powered by a standard V-6 engine, the ride is comfortable.

Terrain’s current sales slowdown is expected to be temporary as the manufacturer will introduce an all-new 2018 Terrain. Beforehand, though, dealers are likely to negotiate some excellent deals as they have to get the older models off their lots.