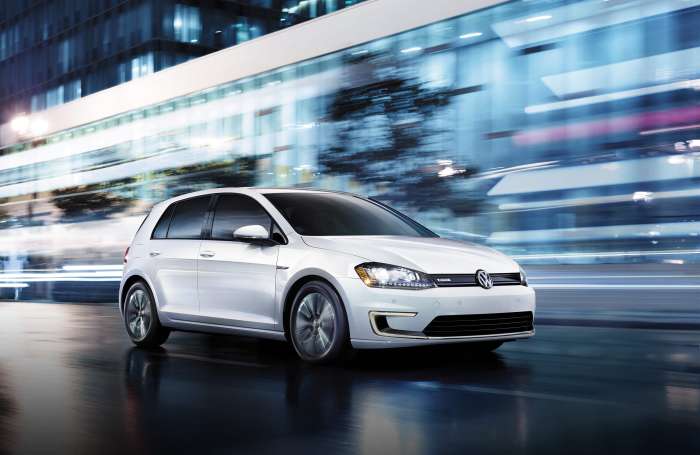 Wal-Mart Enhances Shopping Experience By Adding Cars To The Mix

Wal-Mart plans an initial foray into car sales when a program launches in four Southwest cities in April. The retail giant and CarSaver, a digital car-buying service, are partnering along with the nation's largest dealership chain, AutoNation.
Advertisement

Wal-Mart is dipping its toe into uncharted waters, car sales. The nation’s largest retailer will work with dealership groups, including AutoNation, as it implements its program, set to debut April 1. AutoNation is the country’s largest new-vehicle retailer.

The program launches in Dallas, Houston, Oklahoma City and Phoenix. During the initial phase of the program, CarSaver Centers will be set up inside 26 Wal-Mart Supercenters. Staffers will be available to explain the program to Wal-Mart Customers.

CarSaver, developed by veterans of the auto industry, is a digital car sales kiosk program. The C digital platform allows shoppers to:

Flexibility is a hallmark of the CarSaver sales environment. For example, a customer can use the CarSaver kiosk to choose either a new, certified pre-owned or used vehicle, apply for financing or to obtain car insurance. Customers can also use their own mobile devices to take care of business through the CarSaver website. A toll-free 800-number is available, as well. Ally Financial is the program’s preferred lender.

Once a customer chooses a vehicle, CarSaver takes on a broker’s role by connecting the consumer with a certified dealership and setting an appointment with the dealership. CarSaver doesn’t make a cent until the customer and dealer connect. If the shopper and dealership fail to hook up, a CarSaver auto adviser reconnects with the shopper.

If the appointment results in a sale, though, CarSaver receives a “success fee” of $350, depending on the state. Some states require payments to be subscription fees, instead. It depends on state law.

As noted, Wal-Mart is partnering with major dealership chains to handle the program. Initially, 16 AutoNation showrooms in Dallas, Houston and Phoenix will participate in the program, Marc Cannon, chief marketing officer for the automotive chain, said. There are not AutoNation sites in Oklahoma City.

CarSaver, Wal-Mart, lenders and 20 dealerships participated in a proof-of-concept pilot last April in Stuart, Fla. The results were more than highly encouraging. For example, nearly 80 percent of the appointments set resulted in sales with the consumers saving an average of $3,000 off sticker. Dealers associated with the CarSaver program use up-front, no-haggle pricing.

Sean Wolfington, a veteran car dealer and co-owner of Honda of Los Angeles, is CarSaver’s chief exec. His partner is Chad Collier, a former car dealer. Collier is president.