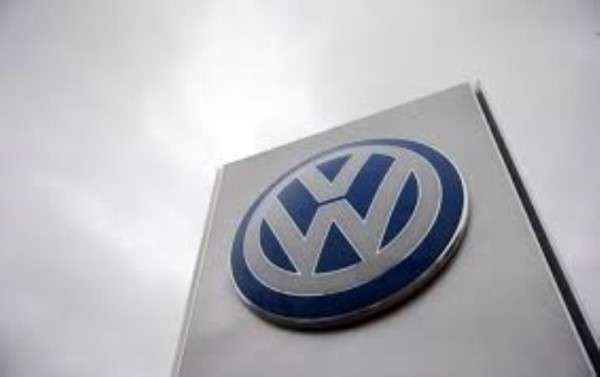 Volkswagen's truck subsidiary is putting some serious money into its efforts to build electrically-powered trucks and buses.
Advertisement

Volkswagen, which made a promise as part of its Dieselgate settlement that it would make as many as 30 new electric models by 2025, has brought its truck divisions into the mix. As the automaker pushes ahead with its electrification plan, it has announced that its Truck and Bus Division will invest $1.7 billion in new tech.

That technology is slated to include electric drivetrains, independent systems, and cloud-based software, Andreas Renschler, chief of truck and bus, outlined in an interview, at its Hamburg headquarters.

Navistar, VW’s U.S. affiliate, will use some of the systems, while the automaker’s MAN and Scania divisions plan to deliver their electric bus systems to European cities next year. They will also add biodiesel, hybrids and natural gas versions to their lineups.

Renschler, speaking at a press event in Hamburg, Germany, where he made his comments, said they “believe in a wide range of alternative powertrains and fuels, depending on local availability, social and local demand and customer requirements.” So, it is “crucial that policymakers adopt a technology-neutral approach” in new regulations.

The truck division chief predicted that by 2025 local delivery electric trucks would exceed 5 percent market share. How does that compare to electric cars? Predictions are that battery-powered vehicles will comprise about 25 percent of the market by the same date. In a notable departure from the auto industry, commercial vehicle builders have been slow to take up electric technology.

One reason trucks are likely to have a lower penetration level is that they pull more substantial and more substantial loads and service a wide range of industries. You don’t need as many trucks as you do cars to move the same weight. Another complication making trucks vary significantly is local regulation. The differences make it tough to make trucks big enough to achieve any meaningful savings. Further, the washout of the Dieselgate scandal has municipalities looking at bans for diesel engines to reduce air pollution.

Meanwhile, Daimler has increased development of electric and hybrid versions of its commercial vehicles. Daimler has reportedly speeded development of powerplants, including full-electric and hybrid versions of its trucks. And, it is working on its digital services to maintain its lead. Volkswagen is not only facing Daimler, but it is also facing newcomers to the electric truck field. Tesla is reportedly set to unveil a battery-powered semi in the middle of November.

The key to trucks is better battery technology. According to Renschler, manufacturers are facing the challenges brought on by higher prices for systems and recharging. And, the power packs are “heavy and room-stealing,” thus reducing load capacity.

Renschler also discussed the economics of buses, delivery trucks, and long-haulers. “With city buses, we are just hitting the break-even point compared to conventional solutions,” he said. Local delivery trucks economics are “expected to turn positive in 2020-25,” while battery-powered long-haul trucks won’t turn a profit for some time, the VW exec said.

In another area, autonomous technology, VW is focusing on closed environments – snowplows at airports or transport shuttles on set routes. Indeed, VW Truck & Bus plans to have such commercial vehicles in production within two years.