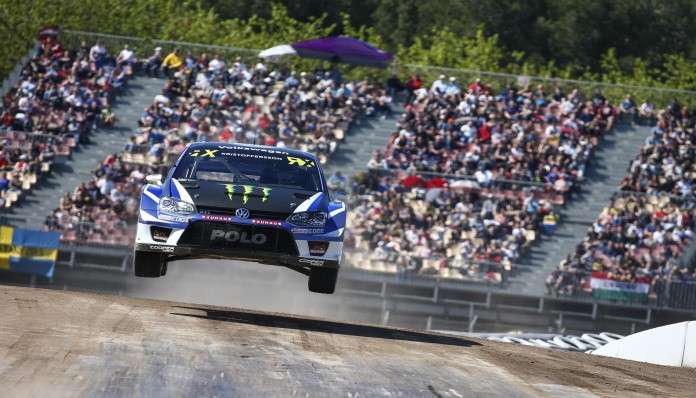 VW has exceptional motorsports year with record number of titles

Volkswagen, celebrated an amazing motorsports year, winning -- no kidding -- a total of 15 national and international racing titles, a feat no other factory has accomplished. The breadth of the wins was amazing as it ranged from rallying to Rallycross to open cockpit and more.
Advertisement

Volkswagen had a banner year in motorsports, reeling in a record number of racing championships. The automaker earned more international and national championships than it had done before. The titles ranged from a wide range of competition – rallying, Rallycross, touring car, single-seater, sprint and endurance racing. VW is the only automaker to have won titles in as wide a range of motoring championships.

Volkswagen didn’t have an easy time as its drivers had to overcome strong opposition on their way to winning 15 titles.

In an interview, Dr. Frank Welsch, Volkswagen member of the automaker's Board of Management, with responsibility for development, said that ending the “2017 motorsport season with a record is a fantastic success for the Volkswagen brand.” He called the Volkswagen Motorsport subsidiary “an important ambassador for our sporty products, such as the GTI family.”

Impressed with the success of the customer contributions to its motorsports effort, VW has planned changes to its racing program. The changes will make the racing effort more customer-centric. Dr. Welsch said the automaker will “focus now on customer racing” while thanking thanked all of those currently involved in Volkswagen’s racing efforts for “enabling our customers to enjoy so much success.”

Sven Smeets, director of Volkswagen Motorsports, was stunned by the season’s success. He said in another interview that the automaker “did not expect this level of success.” He did say that it was no coincidence that VW was able to have the season it did. The reason for the season of success was “meticulous, passionate work in order to provide top-class Volkswagen cars for the race track.”

He acknowledged that VW without their customers “around the world” would not have had the success that it did. “When it comes down to it,” Smeets said, we did not achieve the victories ourselves.” Thanking their customers for their participation, he said, that their “commitment and valuable cooperation” was the reason for the automaker’s record-breaking season. The result underlines the fact that teamwork is also a key success factor in customer racing.”