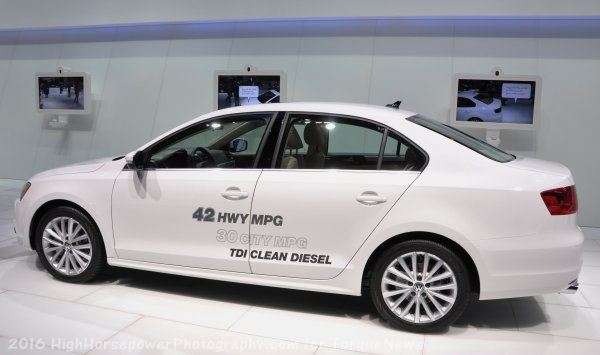 Volkswagen and Justice officials are discussing details of a settlement in the Dieselgate emissions scandal. Initial reports say it could exceed a record $1.2 billion.
Advertisement

Volkswagen could be facing record fines and penalties as the automaker and Justice Department have renewed talks aimed at settling the criminal phase of Dieselgate, the automaker's self-inflected diesel emissions scandal. Published reports Monday indicated the penalties could be more than the $1.2 billion record fine paid by Toyota in 2014. The penalty was assessed against Toyota for unintended acceleration issues.

Meanwhile, the settlement of the class-action law suit is cruising ahead toward a successful Oct. 18 finish. The U.S. District Court in San Francisco has given tentative approval to the settlement negotiated by Volkswagen and attorneys that was initially announced in June. The court set the October date for final action in the class-action suit. Initially, more than 100 lawsuits were consolidated into one class-action suit to facilitate matters. Judge Charles Breyer successfully shepherded the case with some prodding toward its goal. The settlement sets a $10 billion set aside by VW to buy out 482,000 vehicles equipped with 2.0-liter diesel engines that have been equipped with emissions-cheating software. Figures mentioned so far range from $5,000 to $10,000, plus the value of the vehicle.

In addition to the potential fine, VW has agreed to pay $10 billion to buy back diesel VW vehicles. And, the automaker has agreed to spend a total of $4.7 billion for California- and EPA-backed projects that build out an electric charging infrastructure; encourage the development of zero-emission ride-sharing fleets, and to help increase sales of non-petroleum-burning vehicles. Another program would fund the replacement of older buses or to pay for diesel-reducing infrastructure.

That the automaker and Justice Department authorities are sitting back down to talk about the DOJ (Department of Justice) criminal investigation indicates there has been a slowdown in the overall process. Sources told Reuters that VW's internal investigation and suits filed by three states have slowed talks on reaching a settlement in the criminal case.

Among the items being considered for inclusion in the final agreement are:

Reports have indicated that VW may pay fines of more than $1.2 billion for its Dieselgate scam. That fine would be the largest paid by an automotive manufacturer. The previous record-holder was Toyota which paid $1.2 billion in unintended acceleration penalties in 2014. The former record-holder – before Toyota – was General Motors which paid about $900 million to settle ignition switch claims. GM also agreed to a deferred-prosecution agreement to end the criminal probe of the automaker's handling of the ignition-switch defect that has been linked to 124 deaths. Both automakers also agreed to three years of oversight by an outside monitor.

Volkswagen, through a spokesman, said that it is working closely with regulators in the United States. The spokesman indicated that they were seeking to resolve any remaining issues and “committed to earning back the trust of our customers, dealers, regulators and the American public.” The DOJ had no comment.

So far, the Dieselgate scandal is proving very expensive for Volkswagen. When a settlement was announced in June, the automaker agreed to pay $15.3 billion to settle the Dieselgate scandal, as already noted. With the settlement, the carmaker admitted it had cheated on diesel tests for years.
A portion of the settlement, $10 billion is slated to buy back vehicles equipped with 2.0-liter, four-cylinder engines. The vehicles, cars and SUVs, were equipped with a software “defeat switch” that scammed the emissions testing program. The automaker said 482,000 vehicles were affected by the cheatware. The remainder of the funding will be used to remediate damages caused by six years of diesel cheating.

With talks apparently ongoing with regulators, VW is likely to face escalating expenses. Not only will it face any potential fines and penalties levied in the criminal probe, but the automaker will also face a drastic increase in costs if it must buy back another estimated 85,000 V-6-powered diesel vehicles. The V-6 is VW's 3.0-liter powerplant. It has been used in VW, Porsche and Audi vehicles since 2009.

And, last month, three states led by New York and Massachusetts filed suit against the automaker. They are seeking hundreds of millions claiming that senior VW executives, including its former chief executive, Martin Winterkorn, had carried out a coverup for years.

Panasonic Updates Profit Forecast, Noting How Much Tesla Batteries Help The Jump
2022 Porsche 911 GT3 Laps Nurburgring in 7:04 With Journalist Behind The Wheel
END_OF_DOCUMENT_TOKEN_TO_BE_REPLACED