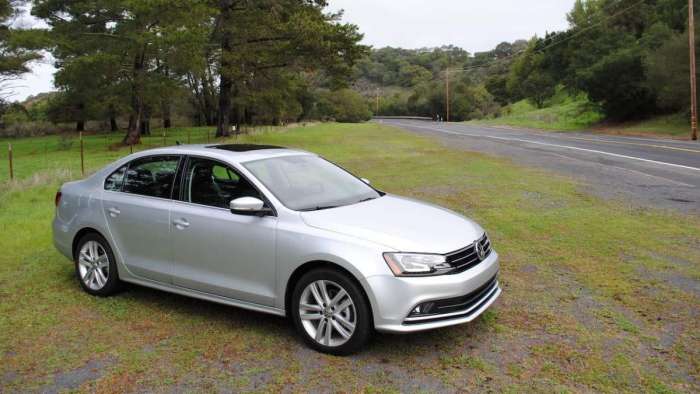 Volkswagen's Chairman Hans Dieter Poetsch has denied having early notice of the Dieselgate scandal and the automaker continues to say the same thing as reports surface to the contrary.
Advertisement

After reports last weekend that the head of Volkswagen may have known about the diesel “kill-switch” scandal months before it became public, Chairman Hans Dieter Poetsch said Monday that he did not realize the full nature of the matter.

Indeed, Volkswagen officials are in lock-step denying that Poetsch knew the full scope of the diesel-cheating scandal before the U.S. authorities revealed it in September 2015.

The allegation surfaced in a report by the German newsmagazine Bild am Sonntag which reported that Poetsch might have known about the issue as early as June 2015, a full three months ahead before the U.S. action. At the time he was reported to have learned of the problem, he was VW’s chief of finance. The chief executive officer at that time was Martin Winterkorn, who was forced from his position and now faces court on the issue.

The newsmagazine reportedly cited an internal presentation by the Volkswagen legal team. Investigators handling a case of market manipulation against VW received access to the report. Investigators, who are looking at multiple issues, reportedly were searching to see if VW acted quickly enough to prevent harm to the company’s value.

Bild claims that Poetsch saw “Sacramento,” the presentation’s name. It made two allegations:

What Was The Date When It Was Seen?

Referred to as “Witness P,” in documents, a top VW counsel claimed that said the witness saw the presentation two weeks after the U.S. Environmental Protection Agency (EPA) publicized it. At that time, the “witness” received information that it affected 600,000 vehicles in the U.S. In monetary terms, VW’s potential liability was $39.8 billion (35 billion euros), according to the Reuters news agency.

Volkswagen admitted it has been aware of the allegations regarding Poetsch for some time. “However, none of these discussions (the automaker had had many discussions in summer 2015 of which Poetsch was aware) had the content and quality which could have made capital markets law relevant to … Poetsch.”

VW also added that until the Notice of Violation from the EPA on Sept. 18, 2015, it did not realize the situation would affect share prices.

In the lawsuit that has sparked this revelation, the plaintiffs say the VW didn’t tell investors about the potential financial issues of the emission cheating. So far, the cost is more than $30 billion. The company said that it kept it quiet because it didn’t want to harm a potential settlement with the U.S.