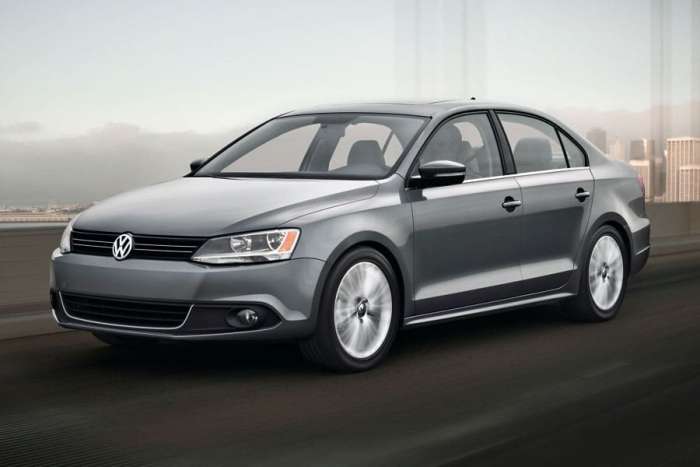 The Dieselgate scandal keeps inching toward a climax. In the latest chapter, a U.S. District Court judge has approved an initial settlement for Volkswagen and Robert Bosch to take care of issues that apply to 3.0-liter V-6 turbodiesels.
Advertisement

Under the VW proposals, the automaker agreed to pay at least $1.22 billion to either repurchase or fix 3.0-liter turbodiesels. Some 80,000 vehicles were found to have an unauthorized auxiliary emissions device installed that allowed them to pass emissions testing for nitrous oxides (NOx) emissions. The vehicles were found to emit up to nine times the allowable NOx limits.

Bosch agreed to pay $327.5 million to owners of VW turbodiesels for its part in the emissions scam.

U.S. District Court Judge Charles Breyer granted the preliminary approval in his San Francisco courtroom. The final hearing will be May 11. Meantime, the automaker is also set to plead guilty on Feb. 24 to three felony counts under a plea agreement. The deal clears up charges that VW installed the “defeat device (software).” The cheatware allowed VW turbodiesels to emit emissions that were well over the limit. On its 2.0-liter series of turbodiesels, the emissions were as much as 40 times the limits under emissions rules.

With Tuesday’s approval, Volkswagen may end up paying as much as $4.04 billion if VW doesn’t receive approval of its plans to fix many of the 3.0-liter V-6 turbodiesel Porsche, Audi and VW vehicles. VW’s planning, at the moment, sees buybacks for about 20,000 sees and a fix for 60,000 if the feds okay the repairs. So far, regulators have okayed a limited fix.

Through Tuesday, 300,000 owners had accepted their settlements. On average, the payments are running at about $25,000 between the buyback and compensation figures. About 360,000 owners had taken the repurchase plan.

So far, VW has agreed to spend up to $10.03 billion to repurchase up to 475,000 2.0-liter vehicles that have the scamware installed, although the case is getting much more expensive. The scamware is the software that allowed the rigged vehicles to appear to pass emissions tests. Interestingly, there was a slight difference in the issues surrounding the 2.0- and 3.0-liter engines. Where the 2.0-liter engines used a “defeat device,” the 3.0-liter engines used an undeclared auxiliary system that rigged the results.

VW still has an uphill battle as it faces investor claims, state suits and individual owners who have opted out of the class-action settlement. And, it is still facing probes by the Securities and Exchange Commission and German prosecutors.

The automaker, in its settlement of criminal and regulatory probes, agreed to a $4.3 billion deal where it agreed to reforms, audits and oversight by an independent monitor for three years as a result of the diesel-cheating probes. In total, the automaker has approved $25 billion in settlement fees.

Also, seven current and former VW executives have been charged by the U.S. with wrongdoing. One of the executives is working with authorities, while another is in custody, having been arrested last month as he tried to go home from Florida following a vacation.