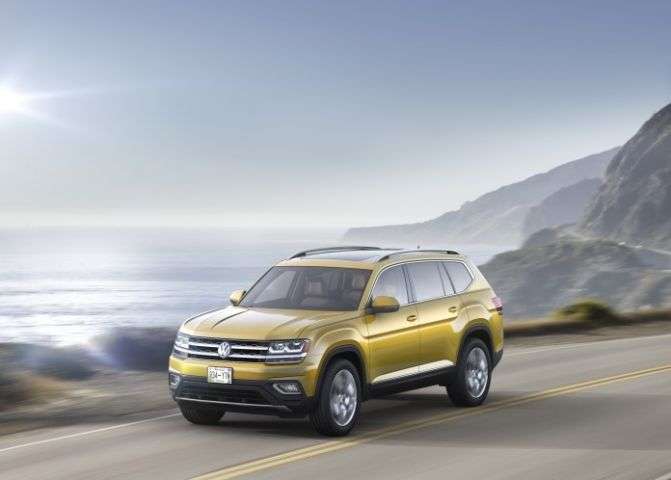 Volkswagen ended 2017 on an upbeat sales note as it reported sales were up overall 5.2 percent. Leading the sales hike were VW's two new crossovers, the Atlas and the Tiguan 2018 (lengthened to a three-row). For December, the crossovers contributed 47 percent of the sales mix.
Advertisement

With the release of the Atlas last July and the debut of the redesigned Tiguan in August, Volkswagen launched a successful change in its U.S. sales strategy. Rather than concentrating on sedans and cars, the automaker decided that it wanted to move toward family-sized SUVs and crossovers.

Reasons for change in sales strategy

There are two reasons for this decision:

The strategy is working because the automaker reported that in December the Atlas, VW’s Chattanooga-built three-row crossover (also known as a family-style SUV) and the 2018 Tiguan comprised 47 percent of the SUVs delivered. The same models contributed about 42 percent in November. Volkswagen substantially lengthened the 2017 Tiguan (nearly 20 inches overall). The change boosted its popularity with buyers versus the older version of the marque. The older version, still on sale, received a name change and it is now known as the Tiguan Limited.

Putting figures on the crossover models, VW delivered 6,070 Atlases in December. Ringing in the New Year, VW reported that Atlas had its best month ever. Sales of the 2018 Tiguan, meanwhile, led Atlas with 8,061 units delivered. The total was for Tiguan and Tiguan Limited. Overall SUV sales accounted for 23 percent of sales in 2017. The Atlas and 2018 Tiguan accounted for most SUV/crossover sales.