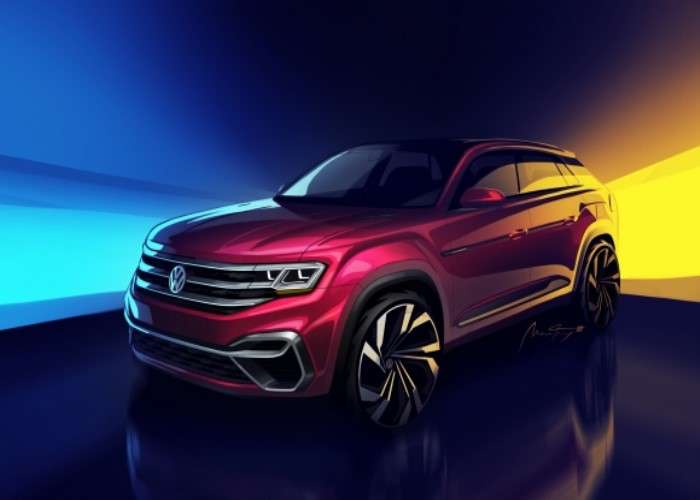 Volkswagen confirmed Monday that it will build a two-row, five-passenger Atlas at its Chattanooga plant. It will invest about $300 million more in the plant to complete the model.
Advertisement

You know, there’s a lot to be said about VW’s strategy of using a very flexible platform to build vehicles. Take the MQB, the automaker’s current build platform. The MQB underpins everything from the Golf Family to the new Passat and, of course, the Atlas and the 2018 Tiguan.

MQB platform has proven up to its task

Small-, medium-, or large-sized, the MQB has proven up to the task that Volkswagen’s design team has given it. Indeed, it’s next use will be to expand the Atlas lineup as VW plans to add a new Atlas model, a five-seater or two-row SUV. The new model will be designed and built for the U.S. market.

Hinrich J. Woebcken, president and chief exec of VWOA (Volkswagen of America) lauded the Atlas and its contribution to VW’s marketing effort. “The Atlas has built strong momentum for Volkswagen in the SUV segment, and we are excited to grow our SUV portfolio with this new Chattanooga-assembled five-passenger SUV.”

Woebcken told reporters assembled to hear about the new model that they automaker is “not only committed to this market, we are committed to our U.S. manufacturing home in Chattanooga, Tennessee.”

The VW exec announced the new model development Monday at the Chattanooga factory with Tennessee Gov. Bill Haslam. Haslam had nothing but praise for VW. He said that he watched the Chattanooga plant “flourish from a single vehicle producer, starting with the Passat into what it is today … a thriving … manufacturing operation that can produce three models and counting.”

Atlas has already meant an enormous commitment from Volkswagen. The automaker invested $900 million in expanding the Chattanooga plant for Atlas production. It will now add another $340o million to bring the new five-passenger SUV to maket. The concept version of the two-row SUV will be unveiled at the 2018 New York International Auto Show next month.