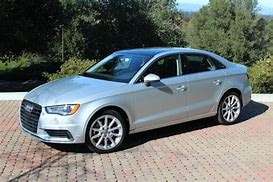 For the last couple of years, Audi's chief Rupert Stadler has seemed to have had more than a little luck on his side as he managed to escape the ongoing diesel scandal. Monday the situation changed as prosecutors charged him.
Advertisement

For the longest time, it seemed as if Rupert Stadler, Audi’s CEO, was beyond the reach of the Dieselgate scandal that ravaged Volkswagen Group a couple of years ago. The emissions scandal has cost the automaker at least $25 billion – so far -- and the price tag is growing. It has also permanently changed the orientation of the automaker from primarily internal combustion (IC) to electric. VW now hopes to sell 1 million electric vehicles (EV) in all of its markets by 2025. It hopes to increase the number to 3 million a year by 2030.

With that said, German prosecutors indicated Monday that the ongoing emissions cheating investigation that continues into Audi, the VW Group’s luxury car subsidiary, now includes Stadler. He is among those suspects facing fraud and false advertising charges.

Investigators searched Stadler’s apartment as well as the home of a second Audi exec as part of the ongoing diesel emissions scandal. There was no further information available on the second exec mentioned by the prosecutor’s office. The Munich prosecutor’s office conducted the searches.

According to that office, Stadler has been under investigation “since May 30.” The prosecutor continued that the “chairman of the board of Audi AG, Prof. Rupert Stadler, as well as a further member of the management board, are now named suspects.” Investigators are looking into charges of fraud and falsifying public documents regarding sales of vehicles with rigged emissions systems. The rigged systems used a “defeat switch,” developed at Audi, that turns on emissions control hardware so it appears as if the vehicles have passed their tests.

On further testing, investigators found that without the defeat switches neither the 2.0-liter four-cylinder turbodiesel nor the 3.0-liter V-6 turbodiesel could cut the emissions tests. The smaller engine was as much as 30 times dirtier than the laws allowed, while the V-6 emitted nine to 12 times the permitted amount.

Stadler Has Remained Out Of Spotlight

For at least two years, Stadler has seemed to have one miraculous escape after another as prosecutors continued their years-long, minutely detailed investigation. The word was that Stadler was involved somehow, but that was as far as any information would go. There was further speculation that the probe and charges would prove disastrous at Audi and the VW Group where Stadler was head of sales for the group. VW’s managerial board put Stadler into the sales position recently.

The announcement Monday -- four weeks after prosecutors raided Audi for the third time -- puts Stadler squarely in the spotlight this time. Stadler had managed to remain clean for two years. However, that has changed. Also, two former managers are reportedly on ice in Munich, awaiting trial. One of those senior managers is Giovanni Pamio, who has testified about the emissions rigging allegations at Audi.

Audi said it is fully cooperating with the prosecutors.