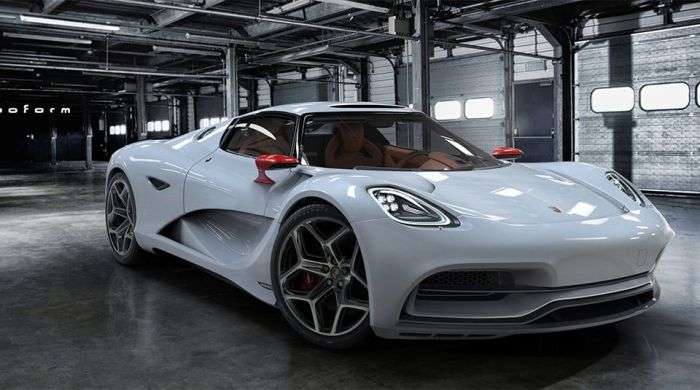 Although it already holds the Nordschleife lap record, it appears that Porsche may be mounting a new effort with its 913 Hybrid Evo supercar.
Advertisement

Some things never cease to amaze me. For instance, I still find it a bit disconcerting when a hybrid shuts down at a light; inevitably I wonder, what’s wrong? Then, I push the pedal and things are cool again. And, now the same thing happens with good, old internal combustion (IC) engines. It’s a way to stretch fuel.

And, then there are electric high-performance race cars, the type used to race in Formula-E class races (something I used to consider an oxymoron, but now, not very much). Just a couple of years ago, I would have scoffed at the idea that there could be a high-performance racing series, at all.

And now, Formula-E has taken off as a series. Audi has a competitive Formula-E racer based on the R-8. Porsche has a successful racer in its 919 Hybrid Evo and Volkswagen is planning to run a brand-new electric in June’s “Race to the Clouds,” the Pike’s Peak Hill Climb.

I find it amazing that from an automaker that, a couple of years ago, didn’t offer a very competitive high-performance electric racer, VW and its subsidiaries have turned it around and now are competitive in electric vehicle racing. The vehicles I am talking about hammer around tracks like Germany’s Nurburgring or Belgium’s Spa at speeds at or over 200 mph. These are speeds that I would have considered prohibitive for electrics, even 18 months ago. But now, who knows how fast they can run when the on-switch goes click and the pack rockets silently around a track at speed (automakers are thinking of adding engine notes to their electrics so that race fans hear these cars shooting around the track).

Porsche is taking an interesting tack. The automaker’s Hybrid Evo set a lap record at Spa last month and now it is teasing that it may be ready to mount a similar effort at another track. Porsche Hybrid Evo sets lap record at Spa. Indeed, it is quite possible, evidence suggests, that the VW subsidiary may be aiming at taking one of Europe’s performance crown jewels, the record for the Nordschleife at the Nurburgring. Porsche may use Hybrid Evo to attempt Nurburgring record.

In a video, the automaker shows the 919 Hybrid Evo being evaluated in a wind-tunnel setting, though there is no mention of Porsche’s exact plans. One of the possible giveaways in the video mentions a demo lap through the Nordschleife just before the scheduled 24-hour endurance test on May 12.

Interestingly, Porsche already holds the lap record at the Nordschleife. Though it was 25 years ago, the automaker took the overall lap record on the famed piece of the Nurburgring in a qualifier for the 1983 1,000 km race. Driver Stefan Bellof piloted a Porsche 956 around the course in 6:11.13, stunning the race world. As a comparison, Porsche’s latest 911 GT2 RS is the fastest road-legal marque to attack the Norschleife. It ended up with a lap time of 6:47.25, a full 36 seconds slower than the 956.

The vehicle that may attack the Nordschleife is a highly massaged version of the 919 Hybrid Evo. The automaker’s major changes include dropping in a 2.0-liter turbocharged V-4 that cranks out 710 horsepower. There are two other energy recovery systems that add 434 horsepower to the mix, making 1,144 horsepower available for any record attempts.

Other changes include a new front diffuser and rear wing. Each feature is a hydraulically controlled piece of the drag reduction system that, when combined with the revised floor and side skirts, can boost downforce by 53 percent. Aerodynamic efficiency is up by 66 percent.

VW e-racers are built for speed

Ultimately, the Hybrid Evo is built for speed, not endurance racing. To that end, Porsche has removed anything that doesn’t have to be included on the racer. For example, the air conditioning is gone as is the windshield wiper and race control system and pneumatic jack. By taking out these parts, Porsche has managed to take 86 pounds out of a vehicle that weighs 1,872 pounds dry. A special set of Michelins will be installed at the corners.

Now, whether the massaged Evo ever sets its wheels on the Nurburgring looking for a record, it could be used to grab up records elsewhere such as the Goodwood Festival of Speed this summer, the Festival of Porsche at Brands Hatch in early September and the Porsche Rennsport Reunion at Laguna Seca at the end of that month.