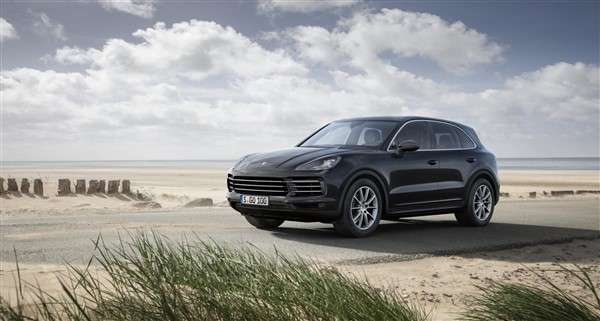 Porsche Lightens 2019 Cayenne Significantly Through Use of Aluminum

Porsche unveiled its 2019 Cayenne to the automotive press in Atlanta this week. The automaker was able to shed about 140 pounds thanks to extensive use of aluminum body and panel pieces.
Advertisement

When Volkswagen unveiled the MLB platform a few years ago, the promise at the time was that it would become the platform underpinning many of the automaker’s upcoming models. Indeed, if you look at the Porsche Macan, several Audi models, and the newly introduced Porsche Cayenne crossover, you can see the carmaker has made good on its promise.

Volkswagen’s Porsche subsidiary unveiled its 2019 version of the Cayenne to the automotive press in Atlanta. The third-generation crossover is lighter and faster than its predecessor, making extensive use of aluminum for its body and parts. As a result, Porsche was able to use smaller, more powerful engines that would mean higher performance and significant mileage savings.

In its aggressive use of aluminum, Porsche has managed to trim 143 pounds out of the Cayenne, despite a major increase in standard equipment. The Cayenne’s exterior is almost all aluminum. The floorpan assembly, front section, and nearly all chassis components are also aluminum. Porsche was also able to save another 22 pounds by using a lighter weight lithium ion starter battery.

Through the years, a recurring theme at Porsche – and other VW subsidiaries – is evolution not revolution; that change occurs under the hood. So, rather than a complete change of tack with the new Cayenne, the wheelbase has remained 114 inches. And, though the overall length of the Cayenne is up a bit – 194 inches – with a 15 percent increase in cargo volume, the changes have been underneath the skin. Cayenne’s outline remains almost the same.

One result of Cayenne’s lighter weight; smaller engines will power the crossover. The engine for the base model is its 3.0-liter single-turbo V-6 that cranks out 340 horsepower, 40 more than the current version. Its 0 to 60 time is 5.9 seconds down from 7.3 seconds in the previous version. A 2.9-liter twin-turbo V-6 powers the Cayenne S for 2019, the second of two models available when sales begin in 2018. The V-6 cranks out 440 horsepower, 20 more than the current model. The new version slices .3 seconds off the 0 to 60 time (4.9 versus 5.2).

Hybrid, Turbo Versions may be in offing

There will likely be other versions after launch. For example, Porsche may add a hybrid version of the crossover, and there may be an official Cayenne Turbo. There are some rumblings that a diesel version may join the lineup but not in the U.S.

The restyled Cayenne Also gets the latest and greatest version of Porsche’s Communication Management system, which will be the basis of a new generation of vehicle-to-vehicle telematics. The Cayenne also will feature the 12.3-inch high-def touchscreen launched last year in the restyled Panamera.