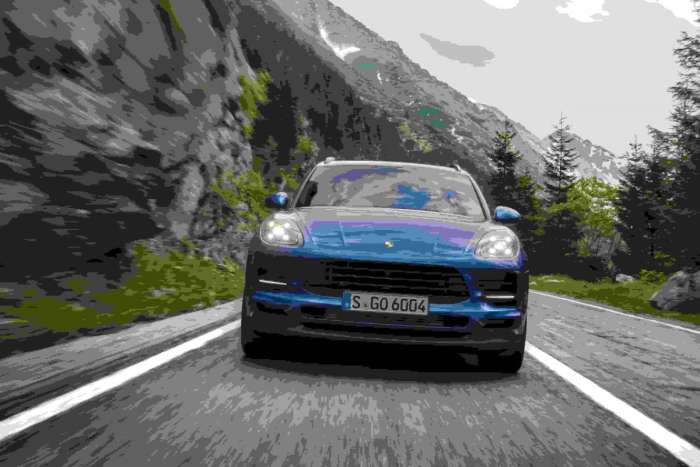 One would have thought that Porsche might have withdrawn from major auto show participation after the drawn-out diesel emissions scandal. That's the case, though, as the automaker will use the L.A. Auto Show to display the 2019 Macan.
Advertisement

If there is one tradition that will continue at next week’s Los Angeles Auto Show, it is the number of manufacturers that will debut their latest and greatest. Of course, there are those who question the value of car shows today as they believe there are more effective ways to show off an automaker’s newest vehicles. But, there is an equal number who say that putting iron out there and rattling the cages for new cars is valid, as well.

Take Porsche, for instance. After all of the expense that has been caused by the diesel emissions scandal, you would think that this Volkswagen subsidiary would withdraw from shows to save a few Deutschmarks, but that isn’t the case, at all. Porsche will debut the newest version of its Macan sports/ute for the first time in the U.S.

Key among the changes for 2019 is the powerteam. The Macan comes equipped with a 2.0-liter, turbocharged four-cylinder gas engine that puts out 248 horsepower and 273 pounds-feet of torque. The engine mates to a seven-speed PDK dual-clutch gearbox. This combination will push this car from 0 to 60 mph in 6.3 seconds (6.1with the Sports Chrono package). The new model has a top end speed at the track of 142 mph.

Macan also sports other changes including a new three-dimensional LED light panel at the rear; standard LED headlights and a revamped interior design. A key option is the Porsche Dynamic Light System Plus (PDLS Plus). The new system offers improved lighting while cornering. On previous versions of the Macan, taillights were separate. Now, they connect similarly to other Porsche models. The new-style rear lights were first seen on the 911 and later on the Cayenne and Panamera.

Range Of Options And Assistance Systems

Macan also includes a range of options and assistance systems. The optional GT Sport steering wheel is similar to one found on the 911. A mode switch integrated into the steering wheel – including the sports response button – is part of the Sport Chrono package. Porsche has also extended the list of options designed to enhance convenience, which now includes a heated windshield and an air ionizer that, together with the standard fine particulate air filter, improves the air quality inside the vehicle.

Finally, the 2019 Macan features heightened connectivity, as well as an increased level of tech. For example, there is a larger 10.9-inch full high-def touchscreen that is standard with the latest version of the Porsche Communication Management (PCM) package.

As in the Panamera and Cayenne models, users can optimize the interface by positioning movable tiles and choosing their functions to form a menu of options.

Fully connected, the Macan includes improved online navigation, Porsche Connect Plus, with LTE phone module and SIM card reader. And, there’s a WLAN hotspot as well as an array of Porshe Connect services. Navigation has bee improved with a connection to the HERE Cloud™ for route calculation. Apple® CarPlay® is optionally available.

The 2019 Macan also has had its autonomous driving capability improved with the vehicle’s Traffic Jam Assist function. A component of the optional adaptive cruise control system, it allows the Macan to accelerate, brake, and keep itself I a market lane at speeds of up to 40 mph. Two apps, Porsche Connect, and Porsche Car Connect allow the driver to communicate with the Macan from smartphones, while a new application, Offroad Precision can improve and even record off-road experiences in the Macan.