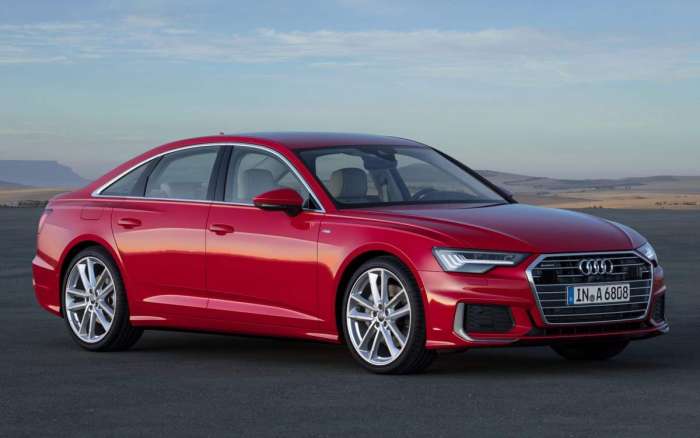 Like as not, Today’s Recalls Are Driven By Electronics

Owners of Audi A6 and A7 models will soon receive some sort of news from the manufacturer that they have a problem with their cars and that they should return to a dealership as soon as possible. Right now, their best advice is either to stop driving the car or leaving passengers out of the front passenger's seat. The choice is yours!!
Advertisement

With cars gaining more electronics each year, it stands to reason that when something fails, it can be a huge event. For example, let’s say that a MAP or MAF sensor were to fail in the emissions chain of an unsold vehicle. That failure alone would mean that those cars would fail any emissions testing. Dealers must fix the emissions systems they could sell them.

Something’s Wrong With the Heat

Likewise, if there is a vehicle whose thermostatic sensor went intermittently and started throwing mixed data errors to the ECU, a failure of this type is as the name indicates, intermittent there are times when it looks as if the car is boiling over. At other times, everything is fine. You can’t let a car go in this condition. To be sold honestly, the dealer has to fix it.

Both examples are the result of the move toward miniaturization and electronic control that began in the early 1980s and has continued unabated through today and into tomorrow. Electric vehicles promise even more digital control, so you see, though you might like to, you can’t turn back time.

And, it looks like electronic glitches have done in Audi’s A6 and A7 business in the U.S. for a while. It seems that seat sensors in some of these luxury cars are shot. And, the upshot of this is that while it tries to figure out which ones have the bad sensors all A6 and A7 sales will halt.

Is the Timing Fortuitous or What

(That it also coincides with a significant slide in sedan sales seems to be a fortuitous happening for Audi. Instead of shipping new A6 and A7 models to the U.S. where they will sit on dealer lots until fixed, Audi has likely just stopped making them for a bit, hopefully, until the sales dip has cooled and turned the other way. However, that may be a while in happening as Audi will likely face trade tariffs because they are made in Ingolstadt and elsewhere in the EU and not in the U.S.)

The sensor in question is designed to detect whether someone is in the front passenger seat. If this sensor fails, then the airbags won’t deploy in an accident. The automaker recalled a combined total of 139,249 vehicles. The A6s and A7s use Super Sport or standard seating.

Audi reports no deaths or injuries linked to this problem. However, it is not ready to fix the problem. Please note that this issue doesn’t affect vehicles sold outside the U.S.

If you want to see if you own an A6 or A7 affected by this problem, there’s a quick way to check it:

Either Stop Using the Car or the Seat

If the sensor is faulty, you should contact the nearest Audi dealership. At the same time, you should stop using the passenger seat or the vehicle, if you can. However, if you must continue using the A6 or A7, the car is perfectly safe to drive. Eventually, Audi will contact you about an inspection.