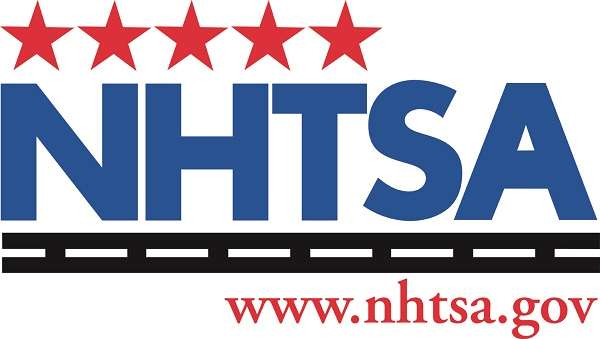 Like the tent tours that crisscrossed America in the 19th Century, the National Highway Traffic Safety Administration has taken to the road to encourage motorists to have the airbag inflators in their vehicles replaced.
Advertisement

Like traveling tent shows of another era that crisscrossed America bringing their messages of faith and hope to cities and towns across the country, the National Highway Traffic Safety Administration (NHTSA) has launched a nine-city bus tour to bring its message of auto safety to the southern states. Beset by near-constant rain, the bus carrying NHTSA staffers, Toyota employees and representatives of tire companies, opened its doors in Miami.

A first-of-its-kind event for safety agency, the “Safe Cars, Save Lives Tour,” will have covered 1,500 miles when it pulls into its last stop. Thursday, the tour bus, festooned with NHTSA logos and safety messages, is scheduled to pull into Mobile, Ala. At the Mobile stop, NHTSA staffers participating in the tour will check cars that are pulled in for their safety records. So far, the trip has looked at 300 vehicles. They have found that between 20 and 30 percent of the vehicles that show up have incomplete recalls.

It is a situation that frustrates NHTSA Administrator Mark Rosekind, a participant in the tour. The NHTSA official has indicated the importance of the heeding the recall program in speech after speech. The tour is another mechanism for him to try to get the word out. Rosekind’s tour, which he has likened to a political whistle-stop trip, differs from the traditional event in a significant way, he is not running for office; he has nothing to prove to voters.

Like a candidate, though, he is trying to use this mechanism to bring people into dealerships for the needed repairs.

Interestingly, the environment in which the trip is taking place has a great deal in common with the cause of the Takata airbag inflator problem that initiated what has become the largest safety recall in history. The rented bus carrying the tour is plowing through warm and wet weather to reach the five cities on the itinerary.

Investigators have found that moisture intrusion into the ammonium nitrate propellant used by Takata, the airbag manufacturer whose products have been linked to 14 deaths worldwide and more than 100 injuries, causes the material to deteriorate. As it fades, the propellant’s blast force increases to the point that if there is a deployment the airbag inflator housing can shatter. When the housing shatters, the materials inside – metal and plastic pieces – become shrapnel which is then hurled throughout the passenger compartment, striking anything its way.

It is the moisture intrusion, combined with humidity and heat that causes the deterioration in the first place. This is the reason that the initial phases of the overall recalls had been focused on areas such as the southern states, Puerto Rico, the U.S. Virgin Islands, California, Hawaii and the U.S. Pacific Trust Islands, Saipan, Guam and the Marianas.

NHTSA has been pushing as hard as it can to not only speed up the rate of repairs but also to increase the completion rate beyond the 70 to 80 percent range. There is only so much it can do, however, as there is no statutory authority to have people bring their vehicles in for repair. Instead, the agency must rely on persuasion and programs such as the “Safe Cars” tour to persuade motorists to have the repairs made. So far, more than 9.4 million vehicles have been recalled and repaired, the NHTSA website – safercar.gov -- showed today. Still, there’s the nagging 20 to 30 percent that worries Rosekind and his agency.

Given the mind-boggling numbers involved, one of the keys to obtaining success has been having repair kits manufactured. Though Takata has been working overtime to build extra inventory, it just cannot meet the demand as it has also been rocked by the recall scandal. Once Daicel, Autoliv and ZF/TRW signed on to increase production, safety officials became convinced program goals would be reached by 2019.

To help drive down the numbers of vehicles that are not repaired, NHTSA has been pushing carmakers to increase their tracking efforts. The improved monitoring would be used to notify recalcitrant drivers of the need to have their vehicles serviced (more than one of the fatalities has occurred in vehicles that are either under recall).

It seems to be working. For example, one driver who visited Wednesday’s Miami visit indicated that he had never heard the name Takata and didn’t know of the recall to the 2008 Honda he was driving.

The tour has also had an impact beyond airbag inflators. The tour bus has been carrying staff from various tire manufacturers, as well as child safety seat experts. The tire staffers have found that about 30 percent of the vehicles that visit have severely underinflated tires. Underinflated tires can lead to poor handling and the increased risk of crashes. Car seat experts have found two problems.

Fully 60 percent of the car seats inspected exhibit the problems.