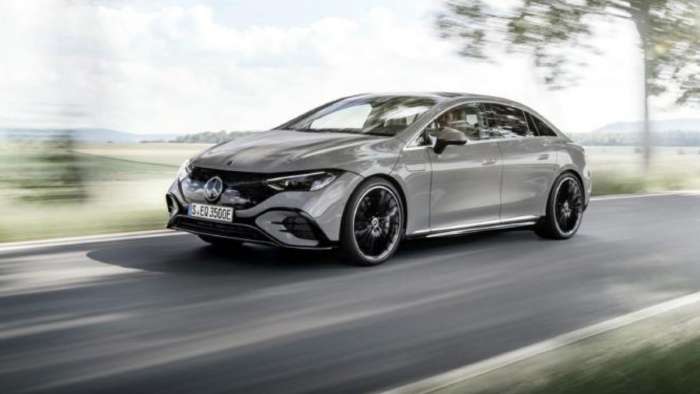 Mercedes Isn't Alone; Other Automakers Have Told Owners To Park Their Vehicles

Mercedes-Benz isn't the only automaker that has told its owners to park their vehicles and walk as others like Hyundai and Kia have as well. For M-B, it makes sense and like Ford it's just good public relations.
Advertisement

Automakers don't like recalls, but they have to do them. Take Ford, for example. Lately, Ford SUVs have been recalled for problems with their drivelines. The driveshaft in the SUVs has had a problem. A washer can disintegrate, leaving vehicles unable to use the Park setting.

How The Park Setting Works

When a vehicle goes into Park, the driveshaft is supposed to stop to allow a pawl to grab the shaft and keep the vehicle from moving. The disintegrating washer prevents this, letting the vehicle roll, possibly causing a crash. Ford has announced a fix for this problem. There's a similar problem with pickups, although the cause is different. In this one, a short cable and a bushing combine to keep the trucks from going into Park. Again, Ford has recalled the vehicles and is in the process of repairing them.

Though the automakers don't like recalls, they also know that problems, if left unfixed, are horrible public relations, so they try to fix things as quickly as possible. Various publications like Torque News continue to bring them to you so that you know when or if your vehicle is involved.

However, there are times when you may be told to park your vehicle and walk. It has happened many times in the last several years. For example, Hyundai and Kia, the corporate twins – though Hyundai is the primary sibling – ordered drivers of their SUVs a few years ago to stop driving them and walk due to a potential problem with contaminated brake fluid and the potential for a fire. NHTSA, the safety agency, suggested the vehicles be parked outside to keep homes safe. It has also done this with other vehicles. GM's Chevy Bolt, which has had a problem with overcharging and overheating, has also told customers to park them and walk. Just about every automaker has had the problem.

A new name to join the "park and walk club" is Mercedes-Benz. According to an Associated Press report. The German automaker is set to recall nearly 300,000 2006 to 2012 ML, G, and R-Class vehicles for problems that could leave them without brakes. In its filing with the National Highway Traffic Safety Administration (NHTSA), the automaker noted that this is an urgent matter.

In its paperwork, Mercedes indicates that owners of the affected vehicles should stop driving them because the brakes can fail, leading to a crash. The problem is corrosion caused by moisture entering and damaging the brake booster. The issue could leave the vehicle without brakes due to a vacuum leak caused by the corrosion. The leak will degrade brake performance.

If a driver slams on the brakes, the booster might be damaged, making the vehicle impossible to halt with the standard brakes. The saving grace, according to the automaker, is that the foot-activated parking brake, which is mechanical, can stop the vehicle

Mercedes will begin notifying owners on May 27. Dealer service techs will check the affected vehicles when an appointment is set. According to the AP, they will take off the rubber sleeve covering the device and inspect the brake booster.

As this is an urgent, current problem, Mercedes dealers will provide loaners to owners whose vehicles cannot be serviced quickly. Indeed, the automaker will tow the impacted vehicles to dealerships for service.