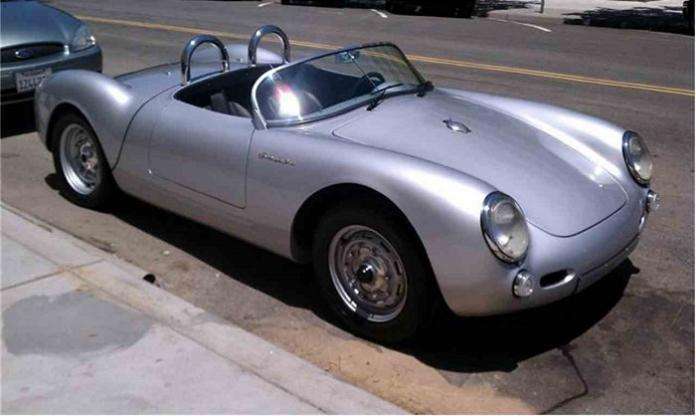 Porsche has announced that the next Rennsport reunion will be held in 2018 at Laguna Seca. This will be third consecutive West Coast outing that brings together spectators, classic and current Porsches, drivers and more. Previously, the reunion had been held every four years.
Advertisement

For the third time, the Mazda Raceway Laguna Seca is the setting for the next Porsche Rennsport Reunion. Launched 16 years ago, the planners envisioned holding the event every three years. That was changed in 2007 to put it on a four-year cycle. And, now it has been moved back to three years. The latest Reunion occurred in 2015, so the next one will be in 2018. More information on Rennsport Reunion

First Three Were On East Coast

“Choosing the Monterey Peninsula, once again for our unique Porsche family reunion builds upon what we learned from previous Rennsport Reunions” Klaus Zellmer, president and chief exec of Porsche Cars North America, said.

“We had close to 60,000 fans, enthusiasts and owners come through the gates … to celebrate with us in 2015, and California’s picturesque central coast provides an ideal backdrop. The Golden State as a whole has always been like a second home to Porsche,” he continued. More than 1,300 Porsche Club of America members showed up for the fifth outing in 2015, along with the 60,000 spectators.

If you are wondering what the Porsche Rennsport Reunion is, it is a family reunion or gathering of Porsches, Porsche drivers, collectibles, and history. You can find everything from a 550 Spyder to an RS enduro racer. And, you will also find current sports, racing and street cars. Guests also get four days on the track. The reunion is topped off by a special Concours d’Elegance.

One thing that attendees also find is that the automaker brings its share of surprises, as well.