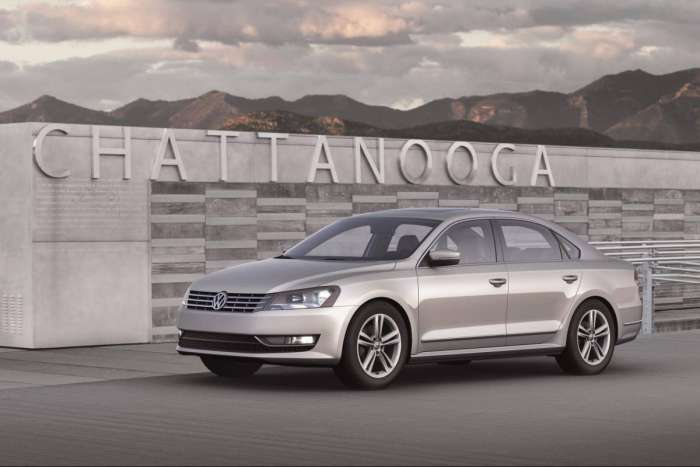 The Insurance Institute for Highway Safety has chosen seven Volkswagen vehicles for inclusion with its Best Cars For Teens Program. The cars were chosen in two categories, Best or Good. The pricing points were $20,000 for Best Cars and $10,000 for Good Cars.
Advertisement

Every year, the Insurance Institute for Highway Safety (IIHS) recommends various models that are the best for teenaged drivers. The list is compiled by the insurance group to help guide families to vehicles that IIHS believes meet important safety guidelines at reasonable prices.

Vehicles with features such as electronic stability control (ESC) and other advanced features were separated into two primary categories, Best Choices, starting under $20,000; and Good Choices starting under $10,000. “We know safety is just one of the factors people consider when choosing a vehicle, but we hope parents will give it extra consideration when purchasing a vehicle for a teenager,” Jessica Cicchino, IIHS vice president for research, said last week. “Teen drivers are at greater risk due to immaturity and inexperience behind the wheel,” she continued.

For Best Choices at VW, the IIHS included:

Best Choices include vehicles with good ratings on the IIHS moderate overlap front, side, roof strength, and head restraint tests, and good or acceptable ratings on the driver-side small overlap front test. If the NHTSA rated the vehicles with four or five stars overall or four or five stars in the front and side tests under the old rating system, then they were acceptable to IIHS. Insurance loss data were used to narrow down the Best Choices.

For Good Choices, parents have a larger number of vehicles to look at. For example, parents can look at:

The models mentioned all earned good ratings in the moderate overlap front, side, roof strength, and head restraint tests. If rated by the NHTSA (National Highway Traffic Safety Administration), they earn four or five starts overall or four or five stars in the front and side tests under the (NHTSA) old rating system.

Derrick Hatami, executive vice president of sales, marketing, and after-sales for VW of America, said “At Volkswagen, we strive to deliver affordable safety for our consumers. Nowhere is that more important than for young drivers. We’re thrilled that so many of our models are being recommended by IIHS.”

Kelley Blue Book® provided the pricing data. The estimated values are based on the lowest trim available on the lowest applicable model year and rounded to the nearest $100 for a private-party purchase near the IIHS offices in Virginia. Other pricing criteria include the vehicle being in good condition with typical mileage.