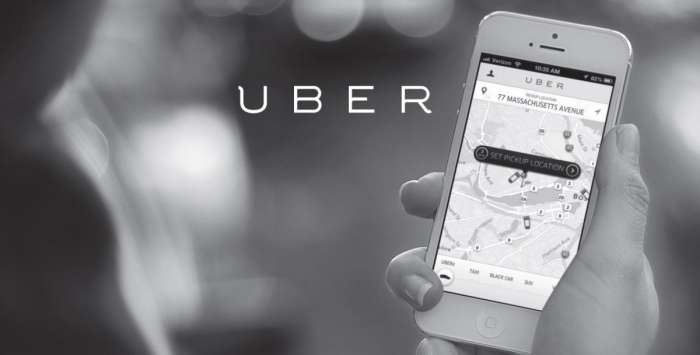 If You Believe The Ads, Driving For Uber Makes You A Ton – Not So Much

If you listen to the ads, driving for Uber makes you a ton of money. It even makes the gig economy -- where everyone is a contractor -- look decent. But, when you peel away the outer skin, the pay issue begins to look a bit pale. See what we found in this Torque News Analysis.
Advertisement

If You Believe The Ads, Driving For Uber Makes You A Ton – Not So Much

One way or another, it’s likely you have seen Uber’s slick advertising campaign seeking drivers. In the broadcast ad, if you look at it closely, you see a smiling driver talking over something with the folks who are paying him or her. It must be something interesting because they are all smiling, especially, we are told by the breathless announcer, the driver.

The ad then goes on to stress how the Uber driving corps is a great deal. It talks about driving only as many hours as you need or want to be on the road, while still making a considerable income. The ad implies that you’ll make all kinds of money whenever you are behind the wheel so that you only have to work a few hours-a-day to make it big for Uber.

Is it true? Is it real? Is driving for Uber the fulfilling, part-time gig that will enable you to keep studying calligraphy or photography or self-fulfillment and realization? Or will it allow you time to read the books you have wanted to read or watch the videos you have meant to catch up on for the last decade? Or will it allow you more time on Instagram or Twitter so that your brand becomes real?

Well, here’s the “great” – okay not so “great” – news! If you have just signed on as a driver for the ride-sharing service, here’s a news flash. You will have to work a ton of hours. It is because, based on the average week, the median hourly income is $9.73 per hour for at least half the number of Uber drivers in the U.S.

Too Many Drivers, Not Enough Business?

Given that the number of Uber drivers was put at 160,000 in the U.S. by the Wall Street Journal and possibly as many as 500,000 to 1 million worldwide, it is not hard to see that the ad isn’t exactly telling the whole story.
On average, you will find that though the pay starts at just below $15 an hour ($14.73) after tip, you’ll still be paying nearly $5 per hour in car costs. Things like gas, insurance, and maintenance eat into the pay figure by almost a-third (Uber is not a taxi service with someone else paying for your car and its support).

Since you are a contractor with Uber, you have to eat those and other costs, as well. Those costs consist of things like healthcare, possible state fees and the like. The industry publication Ridester found that drivers who worked more than 40 hours a week, end up below the U.S. poverty for a family of three.

Here are some other interesting observations about Uber and its new CEO, Dara Khosrowshahi: The survey – Ridester Independent Driver-Earnings Survey (RIDES) – surveyed 1,625 Uber drivers during the summer.

Drivers also expressed their attitudes toward Uber and Khosrowshahi. The survey authors noted that 22.8 percent had a more favorable opinion of the ride-sharing service and its leaders. When asked to put it on a scale of 1 to 5, respondents said their view of corporate leadership was still only 2.9 out of 5.

The figures mentioned are a universe away from Uber’s earnings claims. A study by the Economic Policy Institute found drivers earned an average of $11.66 per hour. The U.S. Bureau of Labor Statistic’s income finding was only a slight difference than the institute’s study, at $11.96 before expenses. These figures are hardly the type that would earn drivers the $90,000-a-year that Uber claimed they would make in New York back in 2014.

LG's New EV Battery Plant Is a Welcome News for Tesla
Tesla Giga Berlin's New Hurdle: It's Not Only the Gov't, but Now Tesla Itself
END_OF_DOCUMENT_TOKEN_TO_BE_REPLACED