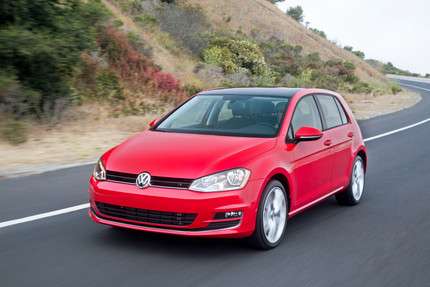 If It Seemed Like VW Ads Were Everywhere In 2015, You Were Right

Now we know, it wasn't anyone's imagination; Volkswagen outspent all other automakers in its 2015 ad budget so they were everywhere.
Advertisement

And, 15 automakers, plus Bridgestone Corp., the tire manufacturer, made up the automotive category of the World Largest Advertisers list. Seven automakers also made it to the top 25 on their own, according to Advertising Age.

Volkswagen ranked four on the big spenders list; its ad spending in 2015 totaled $6.6 billion. General Motors, number six on the list, spent $5.1 billion in 2015, followed by Daimler AG, whose $5 billion ad campaign put it in a strong seventh place, overall (third in the automotive world).

Ford, number 11 on the spending list, laid out $4.3 billion, while Toyota Motors was next wth $4.1 billion. They were fourth and fifth solely on automotive terms for 2015.

In total, the automotive category spent more than all other categories on the spending list. The industry’s combined total of $47 billion accounted for fully one-fifth of the top 100 companies’ total ad spending of $240.5 billion.

Here are some other interesting statistics:

This year marks the 19th year that the World Largest Advertisers list has appeared in Advertising Age’s Global Marketers Report. The first report was published in 1987. According to Advertising Age, the rankings were based on the publication’s data center estimates and public ad-spending materials.