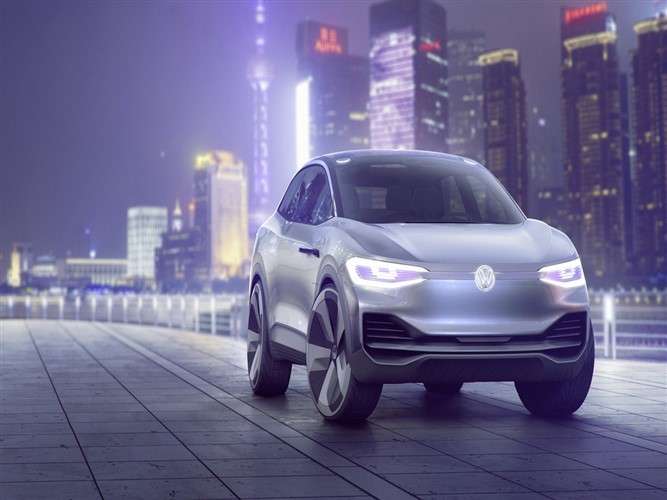 Word is out that Volkswagen is planning to put the first I.D. concept vehicle into production, the I.D. Crozz. Already there have been a flurry of minor changes on the crossover that have left those who have seen them decidedly underwhelmed.
Advertisement

With the Frankfurt Motor Show set to start next week, Volkswagen has decided to debut a slightly tweaked version of its I.D. Crozz crossover, introduced initially at last April’s Shanghai Auto Show.

The editors at Motor1.com have had a chance to look at the slightly updated crossover and have said ho-hum to the changes promised on the I.D. Crozz Indeed, it seems that the most prominent change may be VW’s plan to use a more attractive red external color, rather than the ho-hum silver scheme.

Another minor change on the I.D. Crozz involves its LED headlights. VW will use different graphics to change the vehicle's front end subtly. The original LED lights gave the car a simple, linear look. Now, designers have set their sights on making the headlights appear to be illuminated flowers.

And, in this edition of the I.D. Crozz, it seems as if the former lighted front-end company logo has gone dark. Now, a piece of black body trim flanks the logo. Its predecessor sported a body-colored strip.

Another series of tweaks have occurred to the front bumper. The bumper features a full-width silver fin, placed just above another, more prominent front bumper, finished in red.

Another change that is sure to cause comment – if not static – involves the door handles. The 2017 Frankfurt copy seems to lack standard door handles. And, rather than equipping the I.D. Crozz with conventional mirrors, the design team has installed door-mounted cameras. And, while there was no view of any potential rear-end changes, primarily because the rear end isn't shown, Motor1 still expects the rear-end to sport modified taillights and a resculpted bumper.

Though there are no technical specs available for the changed Crozz, it is more than likely that the soon-to-be-produced electric will employ two electric motors that give the vehicle a combined output of 301 horsepower (225 kilowatts). The motors should provide the I.D. Crozz a top end of 112 mph – 180 kph.

To beef up the handling to match VW’s Golf GTI, VW has planted a rather large 81-kilowatt battery in the floor. The power source reported gives the I.D. Crozz a range of 311 miles, according to the new European Driving Cycle.