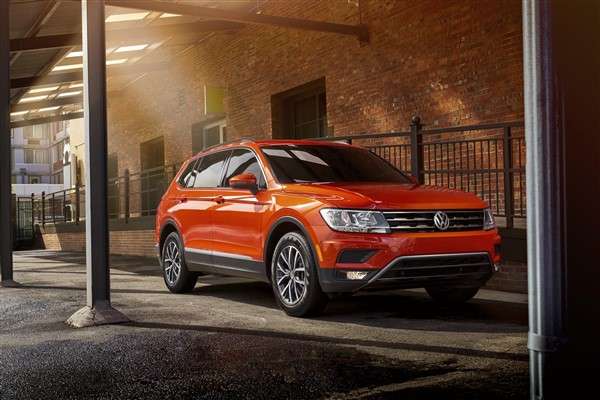 Here’s Why Millennials Have Remained Out Of the Vehicle Market

Here's an interesting story that describes not only why Millennials have remained out of the automotive market but also why they are now jumping into it with both feet. The story also discusses how VW's Atlas and Tiguan have had a bit to do with it.
Advertisement

Twice in the last week, Volkswagen’s Tiguan has come away with honors from Cars.com, while the 2018 Atlas, the automaker’s three-row crossover received a kudo, as well. First, Tiguan received an honor as Cars.com’s “Best SUV of 2017.” Tiguan named Cars.com "Best SUV of 2018." And, second the editors at Cars named Tiguan to the “Car Seat Check Honor Roll.” Atlas, which went on sale in June and which has seen its sales increase every month, was also named to the “Honor Roll.”

It might seem like a strange type of new-car honor, but, when you look at it, the program makes sense, especially when you look at the number of young families that have come into the new-vehicle market since 2010. In 2010, many market observers looked at Millenials and concluded that the majority of them wanted to remain city dwellers and because they did, they didn’t need or want vehicles. Or, if they did need transportation, they would be content with Uber or Lyft ride-hailing services.

Millennials are finally getting into the housing, auto markets

Since then, the situation has changed markedly, due to a couple of factors that the same observers apparently overlooked. First, the age of marriage has climbed since the last check. Newlyweds are in their late 20s or early 30s before they take the plunge. Many Millennial couples, following this trend, are waiting longer to either marry or have their own families. From this, it also follows that Millennials are also delaying their first home purchases as well as, in many cases, their first major automotive purchases.

Another factor that has only lately come into view is the financial situation of Millennials. Because many have come out of college with huge debt loads, Millennials have had to, in many cases, move back in with Mom and Dad, rather than go out on their own. And, because of the debt load, many Millennials have had to stay with the parents a decade or more which means that, again, they are setting out on their own much later than earlier generations.

Michelle Krebs, senior analyst at Autotrader, and the National Board of Realtors confirmed these trends. They go a long way in explaining not only why Millennials have delayed their purchases, but also why many people have spent years living with their parents beyond college.

Interestingly, there is a third trend that has only recently come to the fore, regarding first home purchases. Rather than buying the traditional “starter” home closer to the city, today’s first-time home buyers are jumping into suburban life by obtaining the typically large suburban home first. It is the type of investment into which earlier generations would have moved after their first or, possibly, their second homes. It is a large expense. However, Millennials have not only used their time wisely paying down their student loans quickly but when they completed paying that debt load, they also remained at home a few more years, putting together the large downstroke they needed to get into their homes. It is the type of downstroke that leaves them with enough leeway in their finances, when they are on their own so that they can move into their motor vehicle purchases, quite often a three-row crossover or SUV. It is often the type of vehicle that many associate with suburban living.

And, this brings us to the need for the “Car Seat Check Honor Roll.” Since many Millennials are purchasing their first crossovers because they have infants and toddlers in the same household, they have very little time to research the best child car safety seats for the right vehicle. So, Cars.com apparently established the “Honor Roll” to help new crossover purchasers find the right vehicles.

According to Volkswagen, the “Car Seat Check Honor Roll” recognizes those vehicles, tested by the editors at Cars.com, that have at least enough room for two child car safety seats. The vehicles named by Cars also make the most of the Latch system.

Cars.com editors tested 65 2017-18 models over the last year for the “Honor Roll” program. Of that number, only 10 vehicles earned the top grade, A, in all categories. And, Volkswagen is the only automaker to have two vehicles in the top 10.

“Volkswagen grew its [fleet] this year to include two new SUVs [Atlas and Tiguan (midsized)], designed specifically for American families,” Derrick Hatami, executive vice president of sales and marketing for Volkswagen of America, said in an interview. “We are pleased to be recognized for this important element of family-friendliness …”

Jennifer Newman, Cars.com’s editor-in-chief, lauded the 2018 Atlas as a game-changer. “The new-for-2018 Atlas changes everything: it’s roomy, loaded with family-friendly features and excels when it comes to car sears. There’s three sets of Latch anchors across the second row, and three car seas installed easily and fit well,” said Newman.

The Tiguan, which recently took Cars.com’s Best SUV of 2017 honor as part of the Compact SUV Challenge, received praise for its larger size and available third row. Newman called the Tiguan “a great option for families.”