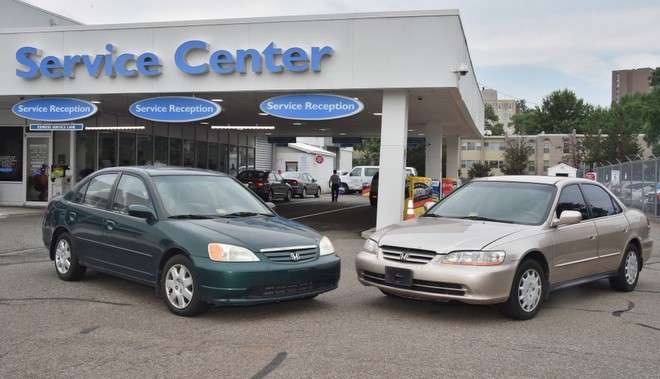 Here is Just How Important Honda, Acura Recall Repairs Are

Having your 2001-03 Honda or Acura vehicle, especially if it is one of the 313,000 at the center of repeated urgent warnings by the National Highway Traffic Safety Administrtion to have the car repair or park it.
Advertisement

By now, you have either seen, heard or read about the clump of 313,000 Hondas and Acuras that are the vehicles most likely to have an airbag inflator rupture. The National Highway Traffic Safety Administration (NHTSA) nearly half-a-year ago, created some jaw-dropping headlines when they told the owners and operators of these vehicles to stop, park and get them fixed.

Use A Tow Or Trailer

Of course, the safety folks never did tell people how to get their now-parked vehicles to dealerships for repair; they just said do it. Since they didn’t tell you, Torque News has a solid suggestion, have it either towed or trailered to your dealership. It is that significant a problem. If, you can’t afford the ramp truck to trailer or the tow, then, of course, you will have to drive it in, but make sure it is your next move.

Don’t delay, whatever you do! A California motorist delayed having her 2001 Honda Civic repaired and on Sept. 30, the driver-side airbag inflator ruptured on deployment when the subcompact was involved in a crash. Because the propellant used to deploy the bag had deteriorated, increasing its potency, the inflator’s housing shattered, creating a mass of shrapnel, made up of metal and plastic pieces, that struck and killed the operator. The Civic was first recalled in 2008, and its various owners were notified of its recall at least 20 times in the last eight years. If the driver had had the Civic fixed, she would still likely be alive today.

The Civic was one the 313,000 Honda and Acura vehicles that are at “substantially higher risk,” says the NHTSA, of having explosive airbag failure. The airbags in these vehicles, the agency, says, use flawed airbag inflators. The inflators “contain a manufacturing defect” which significantly increases the “potential for dangerous rupture when a crash causes the airbag to deploy.” Vehicles that have spent long periods of time in warm, humid areas are at the highest risk of dangerous deployment. Tests have shown the failure rate for these inflators is 50 percent.

There is no good reason not to have your vehicle repaired quickly. If were worried parts might not be available and delayed the repairs because of your fear don’t worry, as the agency has ensured that there are more than enough replacement part kits available for the at-risk vehicles. Those vehicles, from 2001-03, include: