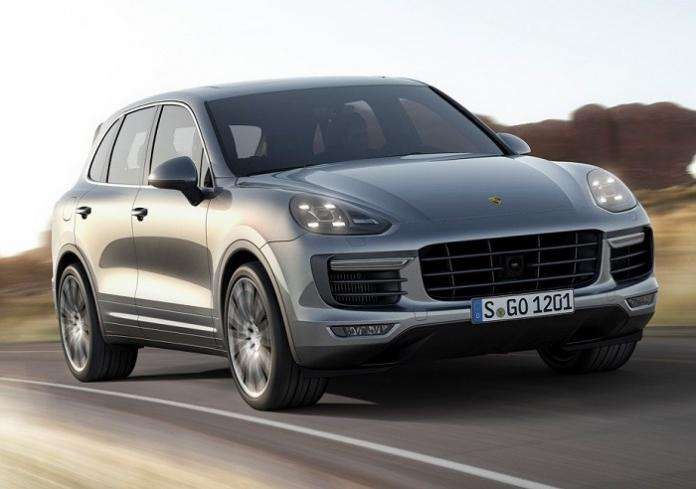 Germany's Transportation Ministry has banned the sale or use of 22,000 Porsche Cayennes because the crossovers have "defeat devices" in their emissions software control stack.
Advertisement

In what may be the harshest punishment yet, Porsche was ordered to pull or keep thousands of Cayennes off the road after inspectors for the Transportation Ministry found a diesel defeat device in their emissions control software. This order is the latest turn in the Volkswagen’s diesel cheating scandal. Porsche is a Volkswagen subsidiary. Porsche ordered to recall 22,000 Cayenne TDIs

Alexander Dobrindt, the transportation minister, speaking with reporters in Berlin, said inspectors found evidence that 22,000 Cayennes sold in Europe had cheatware installed. VW’s 3.0-liter V-6 turbodiesel engine powers the upscale crossovers. About 7,000 of the Cayennes are in Germany.

An earlier TorqueNews story discussing this issue pointed out that the Cayenne is the virtual twin of VW’s Touareg. It noted that there is a substantial likelihood that Touareg, which shares components with Cayenne, will likely be affected by this recall. “This has not yet been checked by us and will now be carried out immediately,” Dobrindt told reporters. “Volkswagen will cooperate with us to ensure that these vehicles if there is similar software there, are then subjected to the appropriate procedures.” Major Cayenne Recall Ordered; Touareg May Feel It Too

Porsche indicated investigators found the defeat device’s presence during an internal investigation. The automaker agreed to cover the cost of the recall.

At a hastily called press conference Thursday, the transportation minister reminded reporters that the Cayenne is “still in production.” He indicated that Germany would ban registrations for vehicles that have not yet sold until a software update is available. Germany’s Transportation Authority (KBA) must okay the fix.

The ban and recall affect the Audi-developed 3.0-liter TDI V-6 engine. The engines were central to VW’s enormous emission troubles in the U.S. where the automaker bought back nearly 100,000 vehicles at the cost of about $3.4 billion. The buyback plan is similar to the plan developed for the 2.0-liter TDI four in the U.S. Though there is a while to go until the 2018 deadline to opt for the buyback, nearly all of the 485,000 owners of the will opt for VW’s repurchase. More than 360,000 owners have chosen for the repurchase plan which is expected to cost VW more than $10 billion.

While the VW diesel emissions scandal has been settling down in the U.S., it has been heating up lately in Germany. Mercedes-Benz, for example, announced plans last week to recall 3 million diesel vehicles in Europe. The recall was called to upgrade the technology in the cars. Meantime, Audi said it would service another 850,000 vehicles. And, VW announced yesterday, it was planning an expansion of its recall to about 4 million vehicles to upgrade engine software.

Meantime, VW is still paying off owners of vehicles in the U.S. who opted for the buyout plan offered them. It was part of the automaker’s settlement of class-action suits covering nearly 600,000 vehicles in the U.S. VW admitted on Sept. 15, 2015, that it was a diesel cheat and the Environmental Protection Agency (EPA) hit it with a major notice of violation. VW is also caught up in a new scandal along with Daimler and BMW over accusations the automakers colluded on all aspects of the auto business for years.

As to the Porsche Cayenne, central to this recall, it is one of Porsche’s popular models. Though the carmaker is best known for its high-performance line based on the 911 sports car, crossovers like the Cayenne and Macan and the Primera sedan have become critical to Porsche’s bottom line.