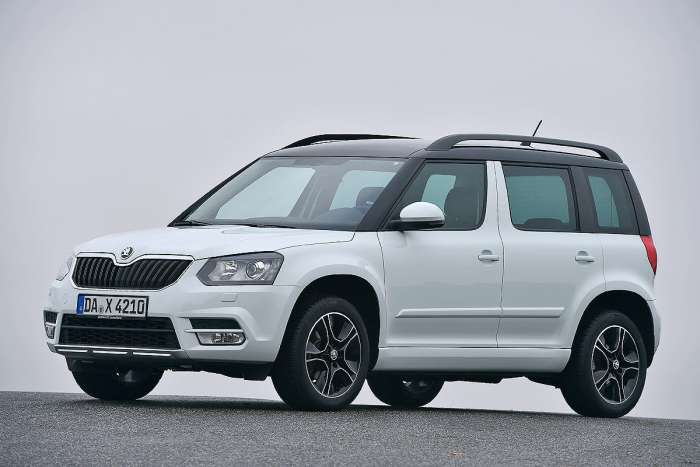 German Court Orders Compensation For Skoda Diesel Owner
Though Germany has yet to rule on whether the millions who purchased their troubled turbodiesel vehicles will receive compensation similar to that paid in the United States, a German court has ordered the automaker to buy back a diesel Yeti made by its Skoda subsidiary. The court ordered the automaker to pay the full price of the vehicle -- $28,300.

Saying the automaker has yet to clarify the responsible parties in the emissions cheating scandal, the court also ruled the carmaker cannot use that line of defense. The court in Hildesheim said bluntly VW intentionally committed consumer fraud.

Many Clamor For Compensation

Though there is still no clear path in Germany, many are clamoring for authorities to order VW to use the same buyback formula that it applied to customers in the U.S. The 500,000 2.0- and 3.0-liter turbodiesel owners were awarded up to $11.030 billion for buybacks in two major settlements in the cheating scandal. If the 8.5 million turbodiesel owners in Europe received similar amounts, the results would be devastating to the 90-year-old automaker – trillions of euros.

Meantime, according to local media reports in Hildesheim, the Yeti’s owner bought the 2013 crossover for 26,500 euros ($28,300). The 68-year-old owner took VW to court claiming that his Yeti’s value had dropped after his engine software was updated to fix the problem, following a recall.

In a statement, the three-judge panel used unusually harsh language in its wording. The judges, using text devices such as underlining, vented their pique at the automaker. Their strong wording, seldom found in German court paperwork, pounded VW for “illegal manipulation of engine control” and “illicit deviation of pertinent rules.” The judges compared the diesel-rigging to a 2013 consumer case where illegal horsemeat was found in products such as frozen lasagna.

The judges took a dim view of claims that the software decisions on the turbodiesel engine were the work of a low-level engineer. “The use of engine software is a decision with enormous economic ramifications, so it’s hardly believable that it was taken by a low-ranking developer,” said the judges as they scolded the automaker.

The panel’s decision is the second this month against VW. There is speculation that the two decisions against the automaker could move many other suits seeking consumer compensation.

The ruling supports a “sample suit,” prepared by a group of lawyers, which relies on civil law, rather than contract rules and that allows more drivers to sue VW. The lawyers are seeking reimbursement for many VW customers. The complaint was filed in VW’s home state, Brunswick, relying on civil law. Using contract rules is frequently more expedient in making a case. However, the judges in Hildesheim ruled the tort law argument that is based on VW’s deception is valid.

Nicolai Laude, a VW spokesman, said the automaker is confident the Hildesheim decision will be overturned. He pointed out that the judges used a view other courts have rejected.

Wednesday’s ruling follows the automaker’s settlement with the U.S. by a week. In the agreement, the automaker pleaded guilty to a fraud count and agreed to pay $4.3 billion. VW admitted using false statements so it could import cars to the U.S. and then obstructed probes when authorities grew suspicious.