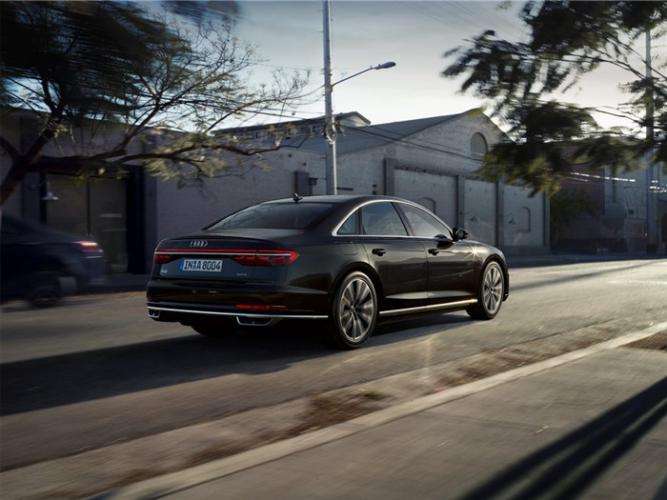 Forget predictions, Audi A8 will offer autonomous driving before 2020

Countering predictions that full autonomy would be a minimum of three years away and probably more like eight years, Audi Tuesday introduced its redone A8 that includes a large technology suite. The centerpiece of that suite is Traffic Jam Pilot that offers full autonomous driving capability to 60 kph (37 mph). It also offers lots of driver warnings, as well.
Advertisement

Of course, many skeptics believed that self-driving vehicles wouldn’t be available until 2025 or later. And, if there were some available by the 2020 deadline, they would have limited capabilities, nothing like what was needed to get by on expressways around the country, or would they?

It looks like Audi has turned the 2020 predictions on their head as they said their redone A8, introduced Tuesday in Barcelona, Spain, would be capable of Level 3 autonomous driving as soon as it takes the road. With that claim, Audi becomes the first automaker to offer Level 3 capability on a production vehicle. The A8 also features a wealth of technology. Audi A8 -- model with lots of tech.

The A8 reportedly can handle autonomous driving at up to 37 mph or 60 kph. The capability comes in a driving mode that Audi calls Traffic Jam Pilot. “This will completely change our mobility,” Dietmar Voggenreiter, head of sales for the automaker.

Traffic Jam Pilot will only work where there is adequate separation in traffic. The separation limits are determined by the vehicle’s sensors if there’s agreement with the satellite navigation (NAV) system that conditions are right. The driver can then activate the feature.

Once activated, audio and visual alerts indicate when the driver should retake control, Merko Reuter, the automaker’s chief of automated driving, said. If there is no response from the driver, the alerts “will become increasingly annoying.”

As if to say there would be no technology use before its time, Audi plans to embed it when a customer orders a car equipped with the optional automated driving pack. The technology will remain unavailable until it is legal and approved. Once all of this takes place, owners will have to return to their dealers for activation.