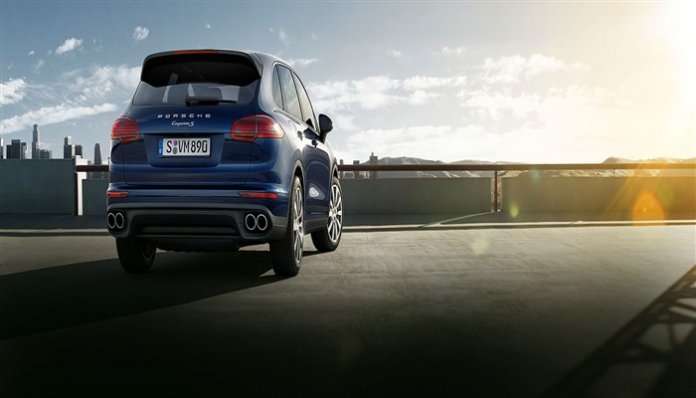 Flipping Its Script, Volkswagen Plans Bonuses To Get Older Diesels Off Road

Volkswagen is doubling down on an incentive plan to get older diesel models off the road in Europe. Though the automaker has been reluctantly yielding ground to the idea of incentives, last week's German diesel car summit brought agreement from the three major diesel manufacturers in Germany to offer incentives to remove diesel vehicles that meet only Euro 1 to 4 air standards off the road.
Advertisement

Volkswagen’s action follows a summit last week involving Germany’s major diesel manufacturers and government officials to stave off a crackdown on diesel technology as it continues to evolve. The rebates aim at vehicles at that meet the outdated Euro 1 to 4 emissions standards. The Euro 6 standard replaces the older guidelines. The summit was the result of Volkswagen’s Dieselgate emissions scandal.

The Volkswagen Group’s rebate offer extends through each of its subsidiaries. For example:

Valid through the end of the year, the incentives apply to trade-ins from any automaker. The sole requirement is that the vehicle meets the older emissions standard.
Juergen Stackmann, VW sales chief, said the incentives are expected to involve a “substantial … euro amount,” declining to put a precise figure on it. He made his comments during a conference call Tuesday.

A Two-Part Plan Has Evolved

At last week’s summit, the automakers agreed to what is essentially a two-part plan. One part involves updating the software on up to 5.3 million vehicles. The other part is taking in trade older models.

Daimler’s plan includes a 2,000-euro incentive for any new diesel or plug-in hybrid. Its Smart city car subsidiary will offer buyers up to 1,000 euros. Dealers will take cars from any automaker in trade. Daimler believes it still has about 300,000 diesel vehicles with Euro 4 engines on the road in Europe.

BMW will give incentives worth as much as 2,000 euros to buyers who trade out of an older diesel car to an electric.

The incentives are among pledges that German automakers made at a meeting last week with political leaders. The summit aimed at preventing large-scale limitations to a technology plagued by Volkswagen’s emissions-test rigging and wider air-quality concerns.

Matthias Mueller, VW chief exec, said that VW is arranging to fix software on as many as 4 million diesels across Germany for all of its nameplates. The number includes vehicles that were part of a mandatory recall – 2.5 million diesels.

Realistically, the demand for diesel vehicles is declining in Europe due to toughening regulatory standards whose goal is to improve air quality. One major impetus has been court action by Deutsche Umwelthilfe, a critic of diesel cars. The environmental advocacy group won a court ban in Stuttgart of diesel models. The city is also the home of Mercedes and Porsche.

Porsche has reportedly been studying whether it will halt diesel versions of some of its models beginning with the introduction of the next generation Cayenne, which is set to be unveiled later this month. No decision has been reached, according to a Porsche spokesman.