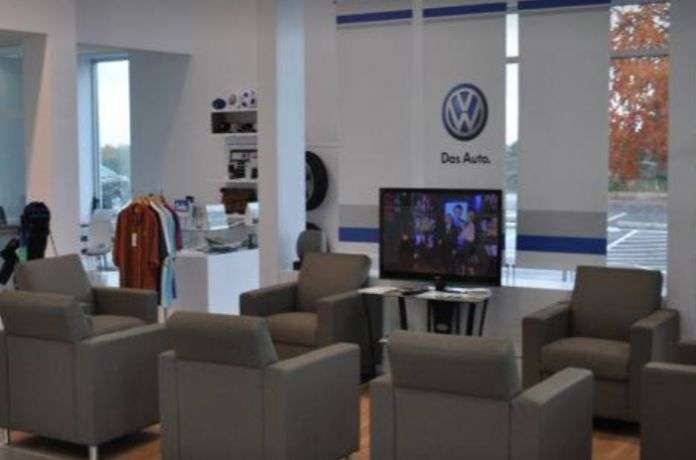 A former Volkswagen executive, nabbed while he was trying to leave the country last January following a vacation trip to Florida, was sentenced to 7 years in prison and fined $400,000 for his role in Dieselgate.
Advertisement

Oliver Schmidt, the highest-ranking former Volkswagen executive, who ran the automaker’s attempts to keep the diesel emissions cheating scandal secret from regulators, was slammed with the maximum sentence possible in U.S. District Court in Detroit Wednesday.

Exec held since last January when he was arrested at airport

Oliver Schmidt, who was captured last January at Miami’s airport as he attempted to return home to Germany following a Florida vacation, was sentenced to seven years in prison. He also was fined $400,000 by U.S. District Judge Sean Cox.

Schmidt pleaded guilty to two felony charges of conspiracy to defraud the United States and violating the Clean Air Act. As part of a plea agreement, a third charge of aiding and abetting wire fraud became part of the conspiracy charge. Judge Cox allowed the 48-year-old Schmidt to serve his sentence at the federal prison where he has been since March. Schmidt will also receive credit for nearly 11 months of time served as he awaited sentencing. The prison is in Milan, Mich.

Schmidt, the former general manager of VW’s U.S. Environment and Engineering Office in Detroit, has been held since January. Judge Cox had refused to allow Schmidt’s release on bail several times because the jurist considered him a flight risk. Schmidt appealed that decision and lost.

Schmidt, one of eight current or former VW officials to be charged in the Dieselgate scandal, is only the second former official of the automaker to face justice. James Liang, an engineer, was the other employee. However, Liang worked with authorities early in the case. Cox sentenced him to 40 months in prison. The sentence was longer than that sought by prosecutors.

In court Wednesday, Judge Cox addressed Schmidt sternly. “In my opinion,” he said, “you are a key conspirator responsible for a cover-up in the United States of this massive fraud perpetrated on the people of the United States. I’m sure, based on common sense, that you viewed this cover-up as your opportunity to shine. That your goal was to impress senior management to fix this problem … to make yourself look better, to increase your opportunities to climb the corporate ladder at VW.”

Judge Cox excoriated Schmidt as a significant player” in the affair. “You knowingly misled and lied to government officials. You actively participated the destruction of evidence. You saw this massive cover-up as an opportunity” for career advancement at the automaker. He called the conspiracy “a very troubling crime against our economic system. It attacks and destroys the very foundation of our economic system, the trust by the buyer of our economic system.”

Schmidt addressed the court, choking up several times, as he read a letter in which he accepted responsibility for his actions. “For the disruption of my life, I only have to blame myself. I justified my decisions by telling myself that I was obliged to speak for my superiors. The man that stands before you today no longer believes that.”