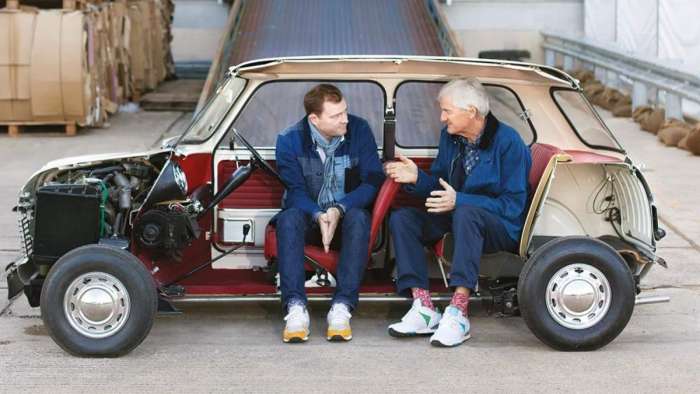 A couple of years ago, James Dyson, the engineer who has had a hand in creating some of the most innovative vacuum cleaner products over the last 20 years has bigger fish to fry. Sometime in 2020, the doors to an electric vehicle plant will open and new Dyson EVs will roll onto the market. Dyson recently chose Singapore as the site for his plant.
Advertisement

For the last couple of years, James Dyson, of bagless vacuum cleaner fame, has had a 400-engineer team working in secret on the launch of a brand-new electric vehicle (EV). So far, the inventor has poured £2 billion (about $2.6 billion) into the effort. He has decided that the new facility must be close to primary Asian markets and the supply chains that the new EV factory needs. That is why Dyson has chosen Singapore as the factory site.

New Facility Will Be Finished In 2020

The manufacturing facility is slated to be completed sometime in 2020. The first cars off Dyson’s assembly line are set to roll out in 2021. The 71-year-old entrepreneur already employs 1,100 people in Singapore where they build the digital electric motors that power his vacuum cleaners. So, the new choice for the EV site makes sense.

Jim Rowan, Dyson’s CEO, said the “decision of where to make our car is complex, based on supply chains, access to markets, and the availability of the expertise that will help us achieve our ambitions.

Currently the world’s largest EV market, China and Singapore have a free trade agreement. Meantime, Tesla is reportedly looking at a China manufacturing site. Tesla Also Has Plans For Chinese Gigafactory Indeed, the U.S. EV manufacturer is said to be buying land in Shanghai for the plant.

Interest by Dyson and Tesla, plus other automakers such as Volkswagen and others in China, is an outgrowth of the EV market. Until at least 2040, China will remain the top EV market. At that time, a forecast by Bloomberg NEF says, half of all new car sales and a-third of the planet’s fleet – equal to 559 million vehicles – will be electric.

Dyson told Automotive News Europe the company’s “center of gravity” has tilted toward Asia. Last year, the Asian market turned out to be quite lucrative with the area generating nearly three-quarters of the company’s revenue growth.

Dyson is facing some stiff competition. Such global giants as Daimler, parent of Mercedes, and General Motors are moving as quickly as they can to take advantage of Asia and its market, as well as satisfying more domestic needs as well.

In another development, the company announced a plan to invest £200 million, roughly $500 million, in new buildings and a test track at its Wiltshire, England plant site.