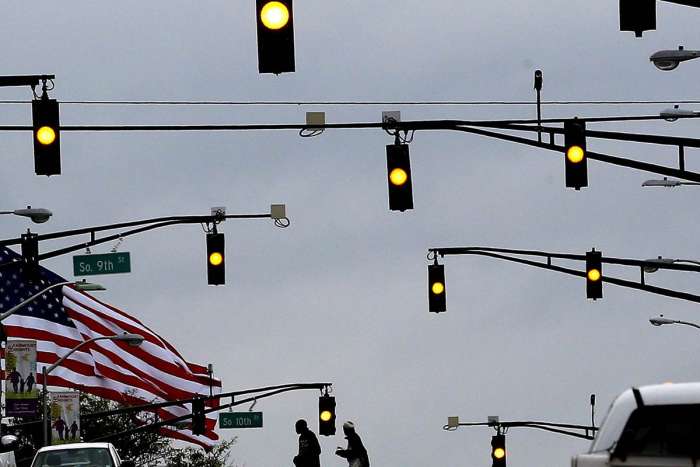 The Department of Transportation and National Highway Traffic Safety Administration are rolling out a new dedicated short-range communications systems for vehicles and infrastructure that would help improve driving safety.
Advertisement

The Department of Transportation (DOT) has proposed a new vehicle safety mandate that regulators believe will reduce crashes, cut injuries and save lives. Four years in the making, the DOT has proposed requiring all new cars, and light trucks be equipped with a vehicle-to-vehicle (V2V) communication system that would silently work to prevent crashes.

The proposed mandate, released Tuesday by DOT, would require short-range, compatible communications system that would send and receive information about vehicle speed, location, braking and other pertinent information. It is a radio-based system that was enabled by the Federal Communications Commission’s release of 75 MHz of spectrum at 5.9 GHz, an area of intense competition by various interests.

Called a dedicated short-range communication system (DSRC), each vehicle would be equipped with a system that enables vehicles to “talk” with others in an area. The back-and-forth communications would include information about various vehicles’ speed, location, braking and other data. The “conversations” would not only occur between vehicles (V2V) but also with infrastructure equipped with comms systems, vehicle to infrastructure (V2I). The ability to poll other vehicles as well as parts of the infrastructure would enable vehicles to “see” around corners. It would also allow warnings of potential crashes.

“This technology has enormous safety potential to prevent hundreds of thousands of crashes and save lives” Anthony Foxx, transportation secretary, said during a conference call. Under the Notice of Proposed Rulemaking, automakers would be required to install the new technology in their vehicles in one-half of their vehicles within two years of the final rule. The National Highway Traffic Safety Administration (NHTSA) will issue the final rule. Full integration would be required in four years. Vehicles currently on the road will not be retrofitted with the new technology.

As well, the proposal, mindful of privacy and security requirements, will use 128-bit encryption on vehicle data transmissions. And, DSRC systems must use a standard set of protocols to ensure that everyone is on the same page.

Tuesday’s announcement by DOT is the latest step in an action that began in 2014 when regulators decided that V2V systems would be a priority. The key is that any comm protocols initiated under this plan must use the same set of protocols to ensure that each piece of the envisioned universe speaks the same language. This is only the first part of this safety effort.

Shortly, NHTSA announced it would issue guidance on setting up vehicle-to-infrastructure communications (V2I). One automaker is actively working on a V2I system already. Audi is the first automaker to implement a V2V/V2I system with Las Vegas. The system they are working on will allow Audi vehicles to talk with the city’s traffic light system.

The Alliance of Auto Manufacturers, a trade group representing the likes of General Motors, Toyota, Volkswagen and other major automakers, noted that the system envisioned by DOT is already under test. It also said it would take more time to study the regulatory proposal.

The auto industry is pushing to ensure that a portion of the 75 MHz of 5.9 GHz spectrum that has been set aside for vehicular and similar safety systems remains set aside for them and is not used for other purposes. Meantime, the Federal Communications Commission is testing other sharing options.

Meantime, the Federal Highway Administration plans to issue guidance to assist V2I planners. The guidance will allow vehicles and traffic lights to “talk,” for example.

The task the new technology is aimed at is daunting. Last year, there were 6.3 million vehicle crashes in the U.S. And, in October, NHTSA said traffic deaths jumped 10.4 percent for the first six months of 2016. This increase followed a similar spike in 2015 when roadway fatalities went up 7.2 percent to 35,092, the highest full-year increase in half-a-century.