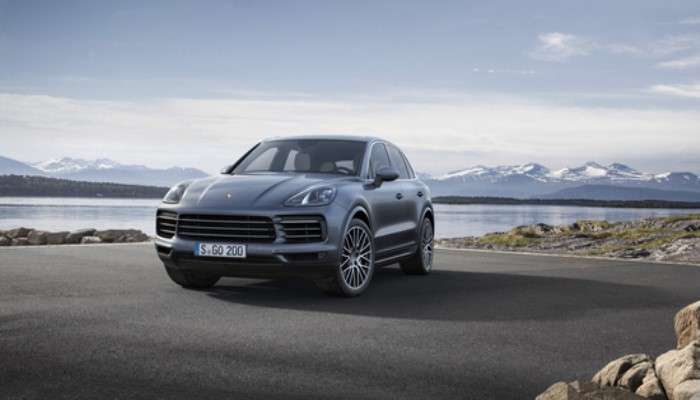 Does Porsche support diesel or has it backed away? The truth: it’s hard to tell

Has Porsche ditched the diesel? According to a new story making the rounds, it hasn't.
Advertisement

In-out, back-forward, up-down and who knows which way next! That seems to be the story of the diesel engine at Porsche. Last week, there was a report, also documented by Torque News, that the diesel engine was kaput at Porsche, in any way, shape, form or manner. Porsche said to be dropping diesel.

One story ends and another one, well…

Well, that was that story. This story, according to the automaker’s head of sales and marketing Detlev von Platen, says wait a minute, Porsche isn’t planning to exit the diesel market at all. There’s a new diesel an upcoming version of the 2018 Porsche Cayenne crossover. And, there may be a diesel in the future of the Macan crossover.

According to Automotive New Europe, von Platen said, “We’re not saying that we are exiting [diesel]. For the SUV models, it makes sense where customers want range and torque.”

The automaker’s headquarters confirmed that position with the following emailed statement:

“Traditionally, diesel engines have played a subordinate role at Porsche — its current proportion is 12 percent, and the company does not develop or build diesel engines itself. Currently, the demand for diesel models is falling, whereas interest in hybrid and petrol models is increasing significantly. For example, the ratio for hybrid versions of the new Panamera in Europe is around 60 percent. In light of these facts, Porsche has adapted its production planning. This decision means that Porsche currently does not offer any vehicles with diesel engines. However, it does not mean a diesel exit at Porsche. As announced, the new Cayenne is set to feature a diesel powertrain. The exact time of the market launch is not yet clear."

Diesel is still available, but not in the U.S.

On reading the statement several times, diesel is still viable at Porsche. It’s just not at the top of their thinking. Aside from the slightly unclear language, there is one thing very clear from Porsche is no longer selling diesel here.

The automaker stopped selling diesel officially with the start of its self-inflicted diesel emissions scandal in 2015. Some of those diesels might have been sold in the last six months or so as Porsche had the right to resell them if they had been repaired. Also, there were diesels grounded when the scandal broke. At last check, some of them -- still new -- were supposedly available after a software fix. The ban on diesels, set during the scandal, though, does continue. The carmaker “will no longer be offering diesel models in North America,” says Luke Vandezande, a spokesman for the automaker.

As for its current lineup, Porsche will offer a gas-engined version of its 2019 Cayenne crossover as well as a plug-in hybrid.

Last summer, Oliver Blume, chief exec of the automaker, suggested that the automaker could scrap its diesels to pursue hybrids and electric. That statement came before a federal court in Germany okayed bans of older, heavier polluting diesels in cities such as Dusseldorf and Stuttgart, Porsche headquarters. The bans could speed the demise of the diesel for Porsche.

Because it believed those bans might harm automakers and tank diesel values, the German government opposed the bans. Those bans, though, don’t apply to new generations of less-polluting diesel cars. Interestingly, the prohibitions are fueling a broader decline in consumer opinions of diesel. The diesel image has been tarnished by the diesel scandal.

For its part, Porsche seems to be sending a decidedly mixed message. For example, the automaker introduced its third-generation Cayenne at last fall’s Frankfurt auto show with no diesel powertrain in the lineup. And the Macan, due for a facelift (refer) this year, is expected to be offered as a hybrid and battery-electric when its next generation arrives in early 2012. Porsche’s development of the Mission E, an all-wheel-drive electric, may be provided in three versions.

Interestingly, Porsche Tuesday published an FAQ about its recall of 30,000 diesel Cayenne’s last year. The automaker had told Germany’s regulators that it had found potentially illegal emissions software on the 3.0-liter V-6 used to power the crossover. It is offering a software upgrade to owners, as well as an update to those who trade their older, polluting diesels.

In all of this, the one thing that is clear from Porsche is that it may not know what to do with diesel in the future or how to handle it, but diesel is somehow part of it. Some of their plans make it look like diesel is dead, while others say, maybe not. The only thing for sure is this: one day Porsche will have a handle on its diesel policy. Who knows, it may just come sometime after they have gone all electric.