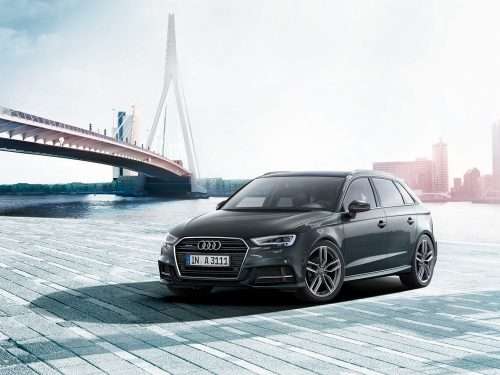 Dieselgate keeps on whacking Volkswagen. The automaker is facing questions that there may be irregularities with the NOx emissions its A3 Sportback, its number one seller in Europe.
Advertisement

If there is one thing that Volkswagen doesn’t need it is another diesel scandal, especially in its most profitable division, Audi. However, the automaker may just be facing this nightmare.

According to tests run by the European Commission, the A3, the nameplate’s leading seller, may be releasing excessive amounts of nitrous oxide (NOx). Audi is also the VW Group’s most profitable subsidiary. Reuters reviewed the commission’s test results.

Run by the commission’s Joint Research Center last August, the tests show that the A3 emits 163 mg of NOx per km, slightly more than double the 80 mg limit. A puzzle emerged, though, when temperature variations were introduced to the testing model. At an engine temperature of 10°C (about 40°F), one lab-based test showed emissions were 140mg of NOx, however, when the engine was cold, as, at the start of the cycle, the results were under 80 mg.

Bas Eikhout, a member of the European Parliament committee looking into the VW emissions scandal, said the “differences between cold start and hot start are hard to explain.” Audi has said that emissions from the A3 were within legal limits. The VW luxury subsidiary cited “independent measurements” of its 2.0-liter turbodiesel EU6 (Euro 6) model engine.

A3 is Audi’s bestseller. The compact turbodiesel outsold the A4 and A6 models. The automaker had no other information about the Joint Research Center’s tests and declined further comment. European Union regulators rely on the research center’s work to help shape policy. Member states are responsible for controlling their car industries.

A spokeswoman for the European Commission cautioned the results of the research center’s tests were still preliminary. “If the test results raise some suspicion of wrongdoing such as the installation of prohibited defeat devices, they will be shared will all relevant approval authorities,” she affirmed. A spokesman for Germany’s KBA – its motor regulator – declined comment.

As frustration has mounted in Brussels over the inaction of individual governments over VW’s Dieselgate scandal, the European Union has begun action against seven countries, including Germany, for not fining the automaker over the use of illegal software. VW has not admitted using illegal software. Automakers in the EU claim they have a legal exemption. They have stated that an exemption in EU law lets them shut off emissions control systems if engines need protection.

The new allegations of emission irregularities come at a particularly tough time for VW. At the moment, it is trying to complete negotiations with U.S. courts and regulators regarding potentially fixing or buying back 80,000 vehicles equipped with its 3.0-liter V-6 turbodiesel engine. So far, they have determined that 60,000 vehicles can be fixed, while 20,000 use unrepairable engines.

As if all of its diesel engine problems weren’t taking a huge toll – the automaker set aside 18.2 billion euros ($19.4 billion) to cover costs of history’s biggest corporate scandal – new allegations have come to light that some VW gasoline vehicles have software that lowers carbon dioxide emissions.