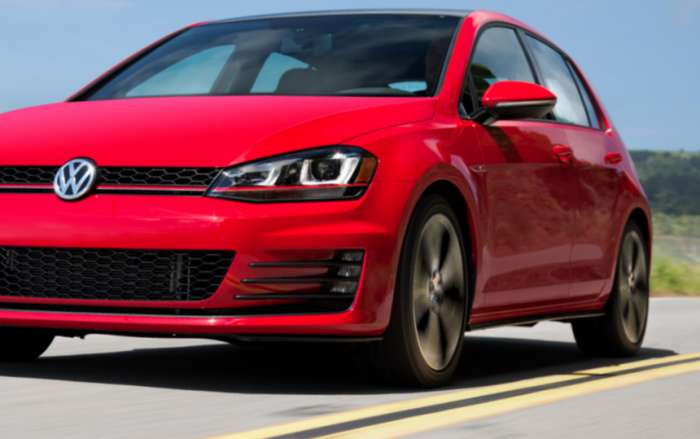 Today was a major milestone in the Dieselgate class-action suit settlement as Judge Charles Breyer okayed the deal allowing owners to begin the process of obtaining payments for their turbodiesels.
Advertisement

Turning back attempts to change the final terms of the Dieselgate class-action suit settlement, Judge Charles Breyer Tuesday gave thumbs up to the final agreement. The decision clears away the last obstacles keeping owners of Volkswagen turbodiesel vehicles, caught up in the automaker’s self-inflicted emissions cheating scandal, from having their vehicles repurchased as early as next month – November -- by the automaker. In total, VW will pay up to $16.5 billion in connection with the scandal. The funds include payments to dealers, states and attorneys for owners.

Judge Breyer said, in his opinion granting the approval, “given the risks of prolonged litigation, the immediate settlement of this matter is far preferable.” He told the court that the agreement, as negotiated, “adequately and fairly” pays owners. The agreement is the largest civil settlement reached with an automaker accused of misconduct.

This means that beginning now Volkswagen turbodiesel owners can begin the process of obtaining their settlements. Owners of eligible vehicles can either submit a paper-based claim form or they can an online portal, www.vwcourtsettlement.com. The paper form is available for printout from the same website. Owners can also call 844-98-CLAIM to obtain the paper form.

Owners will be able to choose the buyback or lease termination. Or, they may opt to have their vehicle repaired “if and when it (a repair plan) becomes available,” the automaker said Tuesday.

Once a customer’s claim is approved, the customer can then schedule an appointment with a settlement specialist, located at VW dealerships. They will take care of walking the customer through obtaining payment. VW has promised cash payouts to current and former owners and lessees of turbodiesels.

To handle the expected influx of owners, VW has hired 900 people. They will be stationed at all Volkswagen dealerships. Jeannine Ginivan, a spokesman for the automaker, said the automaker expects to begin buybacks in mid-November. About 340,000 VW owners have signed up for the settlement plan. Only 3,500 have opted out.

Two Years To Pay Up

Under the settlement, Volkswagen has to fix, or buy back, 85 percent of the 475,000 2.0-liter four-cylinder turbodiesel vehicles that are eligible for the program within two years or the automaker will face additional costs.

In a statement, Hinrich J. Woebcken, VW chief executive, said “Final approval of the 2.0-liter TDI (turbodiesel) is an important milestone in our journey to making things right in the United States … Volkswagen is committed to ensuring that the program is now carried out as seamlessly as possible for our affected customers” devoting “significant resources and personnel in making their experience a positive one.”

In total, the Dieselgate class-action suit settlement could cost VW up to $16.5 billion. The agreement includes up to $10.033 billion, slated for the repurchase program and compensation and $4.7 billion on programs to boost zero emission vehicle projects and to offset excess emissions. Plus VW has agreed to compensation VW brand dealers $1.21 billion, and there’s another $600 in compensation to 44 states for damages.

The Dieselgate class-action lawsuit settlement was the result of negotiations between the U.S. Justice Department, Federal Trade Commission, the state of California and the vehicle owners who filed the suit against the world’s Number Two automaker. This settlement only applies to the civil portion of the case as VW still is facing an ongoing criminal probe.

Tuesday’s action drew praise from Cynthia Giles, Environmental Protection Agency assistant administrator. “Today is a landmark day,” she said, “when this innovative settlement can be put into action, investing billions of dollars into public health protections to remedy these serious violations.”

Volkswagen still has a long trek ahead. Though this piece of the puzzle is a major start in allowing the automaker to begin looking at Dieselgate in the rearview, VW still faces billions in costs. The costs include addressing the 85,000 polluting 3.0-liter diesels that were also part of Dieselgate. Plus, it faces the Justice criminal probe and the fines that may be levied for violating clean air laws. And, an additional 16 U.S. states have filed other claims that may boost the entire cost of the Dieselgate scandal.

VW faces a Nov. 3 hearing to update the court on the status of the 85,000 V-6 diesels. The 3.0-liter engines are used in Porsche, Audi and Volkswagen crossovers. The automaker has been in discussions over buybacks and compensation levels for owners or lessees of the V-6 powerplants. The 3.0-liter engines can emit up to nine times allowable limits of oxides of nitrogen. (The 2.0-liter four at the center of Tuesday’s Dieselgate settlement can emit up to 40 times the legal limit.)

Today’s action in U.S. District Court, San Francisco, is the latest chapter in the Dieselgate emissions scandal. The scandal overwhelmed Volkswagen a year ago when it admitted installing software that cheated U.S. emissions tests, making the 2.0-liter vehicles that were under test cleaner than they were.

Until VW’s admission in September 2015, the automaker was successful in keeping the cheatware under wraps. From 2009-15, VW was able to scam the world into thinking it had found the secret of “clean diesel.” VW’s vehicles were held up as examples of clean technology. Though the veil of secrecy was to last another two years, it began to slip in 2013 when a group of West Virginia University researchers, commissioned by a nonprofit group, tested two VW turbodiesels that were supposedly clean. After looking at the independent tests of those vehicles, the researchers found excessive emissions levels. The researchers notified VW, which tried an ineffective fix, as well as the EPA and the California Air Resources Board (CARB) which sought to understand the cause of the emissions. It took more than a year but VW admitted the software scam, and EPA issued a Notice of Violation.