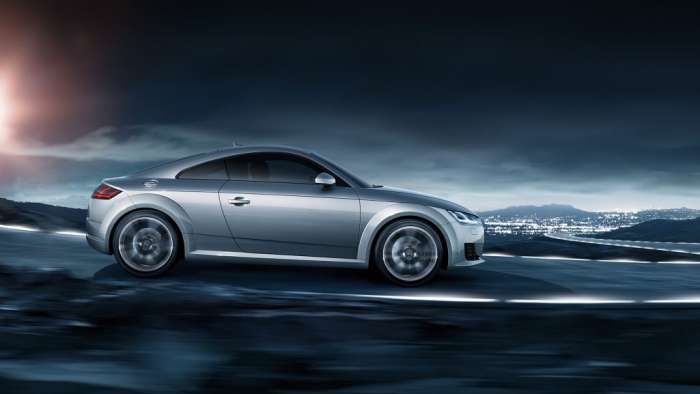 Dieselgate has claimed many victims but none is closer to the heart of the performance enthusiast than the EA888, high-performance four. The four that powered a Beetle to a land speed record.
Advertisement

Though it has hit more than 205 mph on the salt flats of Utah’s Lake Bonneville, in a specially modified Beetle, Volkswagen’s powerful 2.0-liter 400-horsepower-plus four-cylinder EA888 engine won’t make it into Audi, according to reports from the media launch of the Audi TT RS. The reason for the sad lack of the super-engine is Dieselgate. Volkswagen has had to cut costs all over, and one of the victims of the reductions is powerful four-banger.

According to Microsoft Network Autos, Stephen Reil, Audi’s Quattro engineering head, said at the launch that the “400-horsepower EA888 engine is dead.” He used the engine’s internal codename when he discussed the powerplant.

Designed by no less than Friedrich Eichler, the engineer who designed and built AMG’s 2.0-liter turbo four, the EA888 was shown in a Quattro Sport concept that cranked out 420 horsepower.

The automaker said the car would go from 0 to 60 mph in 3.7 seconds. The 0-60 clock is the same as that found in the production TT RS that uses Audi’s 2.5-liter turbo five-cylinder mill.

There are three theories as to why the EA888 was withdrawn as a powerplant for the TT RS. The first was VW’s financial retrenchment following all of the huge expenses that are continuing to be generated by the Dieselgate emissions scandal. The second was the automaker’s decision to shift toward electric vehicles. VW committed to electrics as a greater percentage of business to meet emissions and mileage goals. Third, and finally, it is entirely possible that when the company examined the costs of the new mill versus the current five-cylinder, it found that the five-cylinder was as capable as the newly engineered four and represented a better value.

“If we go for the four,” Reil said, “to have that specific power output from a 2.0-liter, the engine is unbelievably expensive and then we still have only a four-cylinder engine.” Quoting Autoblog, MSN Autos said, the new EA888 would require an ultra-high-strength crankshaft, a unique heavy-duty cast-alloy crankcase, and uniquely engineered aluminum pistons with integrated cooling channels.

In an interesting sidelight, since the EA888 was used in the Beetle that broke the world’s land speed record, it is not inconceivable that the powerplant may turn up being campaigned on one racing circuit or another.