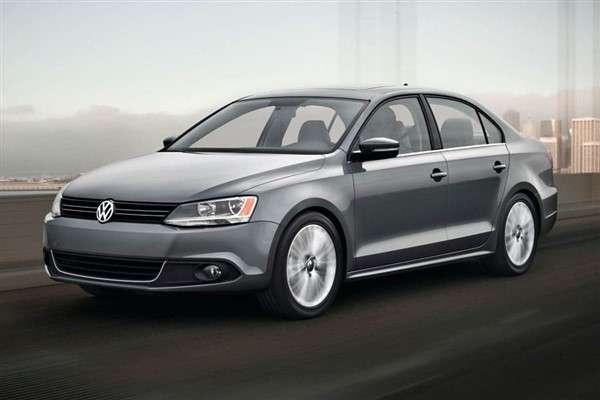 Although police investigators are still seeking the answer, no one can say with any certainty exactly how 69 vehicles have vanished from VW's Pontiac Superdome Dieselgate car storage only to have some reppear elsewhere.
Advertisement

Although no one has been able to figure out this mystery yet, 69 Volkswagen turbodiesels, turned in as part of the massive Dieselgate buyback program, disappeared from storage in the Pontiac Silverdome, in Pontiac, Mich. In the context of the Dieselgate scandal settlement, Volkswagen agreed to buy back nearly 400,000 turbodiesels that couldn’t meet nitrous oxide (NOx) emissions standards and which were equipped with emissions cheating software.

The software made it appear as if each vehicle passed emissions tests, when, in reality, they failed badly. Many of the 2.0-liter four-cylinder turbodiesels involved in the scandal emitted up to 40 times the allowable NOx limits. And, once Volkswagen settled the class-action suit against it, the automaker agreed to offer to buy back turbodiesels. Up to 400,000 vehicles may ultimately be turned in as the buy back continues.

Of course, Volkswagen did have to store the repurchased vehicles somewhere, and so the automaker set up three storage sites, one in the East, one in the Midwest and one on the West Coast. The irregularities turned up at the Silverdome site.

With hundreds of vehicles lined up row upon row, it seemed as if VW had a rather expensive solution to the Dieselgate scandal problem of what to do with the cars as the vehicles piled up on the greensward awaiting their fate. You see, not all of the vehicles had to go to the crusher. Volkswagen offered owners a choice that was also available to the automaker. VW offered owners the buyback, which most owners opted for (at last count there were fewer than 60,000 vehicles not involved in buybacks) or they could wait and have their cars repaired and brought into compliance.

Volkswagen also has the chance to bring the cars it collects into compliance and can then resell them. So far, the only vehicles actively involved in any compliance repair work are 2015 and 2016 VW and Audi turbodiesels. They needed a software update primarily to bring them into compliance (software created the issue in the first place as VW had to rely on a “defeat switch” – software-based – to enable the turbodiesels to pass tests).

Volkswagen planned to repair the new vehicles that were caught in the backdraft of Dieselgate. The Environmental Protection Agency (EPA) halted sales of then-new turbodiesels until a fix was found for the problem. VW has now discovered that repair and the automaker is free to sell 2015 and 2016 turbodiesels that receive the fix as new.

Indeed, Volkswagen planned to fix the new vehicles for resale that apparently brought the loss of the 69 vehicles to light. VW planned to take some cars from storage in Pontiac when it apparently found that VINs listed as turned in began returning to active status. The project to fix the vehicles apparently found a multi-state crime ring, a TV news station in Kentucky reported. WDRB also indicated that some of the cars that were supposed to be in the Superdome just vanished.

The station also reported over the weekend that as many as 69 vehicles have gone missing and it looks as if one dealership may have had a hand in the whole issue as it handled as many as 41 of the vanished cars. Dealership attorneys indicate the dealer did purchase some recalled diesels from a supplier in Michigan. Each car cost about $11,000. The purploined turbodiesels were given forged Michigan titles so they could be transported out of state and sold. The investigation into the apparent title fraud led to the discovery of some of the missing vehicles. Indeed, reports indicate that as many as 21 of the cars have been found.

“Volkswagen was keeping track of all these vehicles they were purchasing back,” Indiana State Police Sgt. Jerry Goodin told the Detroit Free Press. “When these VINs started showing up again in their system, that’s when the red flags started flying up.”

Half of the Cars Made A Special Trip

Half of the stolen cars were reported to have reappeared following a 400-mile trip to Indiana. Investigators found that 20 vehicles were sold at a Mannheim Auto Auction in Clarksville, Ind., for about $18,000 a copy. And, another 12 vehicles were awaiting transport back to the Silverdome. Meantime, Kentucky officials recovered another nine stolen cars (six Passats and three unidentified crossovers) that were found in a single lot parked.