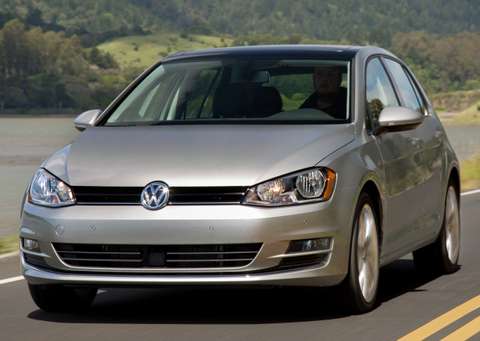 Prosecutors, approaching a major milestone in the Dieselgate emissions scandal, have found criminal liability in the action. They are now weighing the type of sanctions that may be used.
Advertisement

Investigators for the Department of Justice (DOJ), looking into the circumstances surrounding Volkswagen's admission of long-term cheating on diesel emissions tests, have found evidence of criminal wrongdoing, sources close the probe told The Wall Street Journal Monday. And, even though they are seeking a settlement, DOJ still hasn't discussed specific any charges with the automaker.

In other car-related cases, the department has charged other automakers with wire fraud or concealing information. Prosecutors are still uncertain about the direction to take. They could seek a guilty plea from the automaker, on one hand. On the other, they could ask for a deferred-prosecution agreement. Prosecutors who seek deferred-prosecution usually aim to dismiss charges later on, providing, of course, that the automaker sticks to the terms of any settlement.

In two major automotive cases, DOJ prosecutors have used deferred-prosecution as part of the agreements for Toyota's unintended acceleration and General Motors' ignition switch problems. As parts of their agreements, both companies apologized for the actions and have pledged reforms.

Meantime, the only settlement reached so far is in the class-action civil lawsuit that is in its final phases in US District Court in San Francisco. Judge Charles Breyer has set Oct. 18 as the date of the final, approval hearing in the civil settlement. In settling this class action, VW admitted that it had installed emission cheatware in about 482,000 four-cylinder diesel-powered cars. The automaker agreed to buy back or fix the vehicles and set aside $10 billion to take care of the chore. VW also set aside another $5 billion for environmental remediation projects that include building an electric charging infrastructure in California, as well as encouraging governments and tribal councils to replace their old, inefficient buses with new, cleaner vehicles.

VW Dieselgate Class-Action Payments Outlined
According to the civil settlement, car owners will receive the value of their vehicles plus from $7,000 to $10,000, if they opt for a buyout. Volkswagen can also repair the vehicles.

VW and plaintiffs are now working out the second part of the Dieselgate civil action, a settlement involving the automaker's 3.0-liter V-6 powerplant. VW used the 3.0-liter powerplant in VW-branded and subsidiary crossovers made by Porsche and Audi. Some 85,000 vehicles are involved in this phase of the settlement talks.

Meantime, in the criminal case, VW is expected to be hit with a massive financial penalty. Though the exact figure is still undetermined, prosecutors are focusing on a fee that would combine criminal and civil penalties. Whether any VW employees will face criminal sanctions is still not clear as many of them live in Germany and would have to extradited to the U.S. for prosecution.

VW Expected To Be Credited For Work

As to the size of any penalty the automaker may face, negotiations are still underway. However, it is likely the penalty will exceed the former record-breaking sanction, $1.2 billion paid by Toyota for hiding unintended acceleration problems. So far, the automaker has set aside about $21 billion to deal with the Dieselgate scandal.