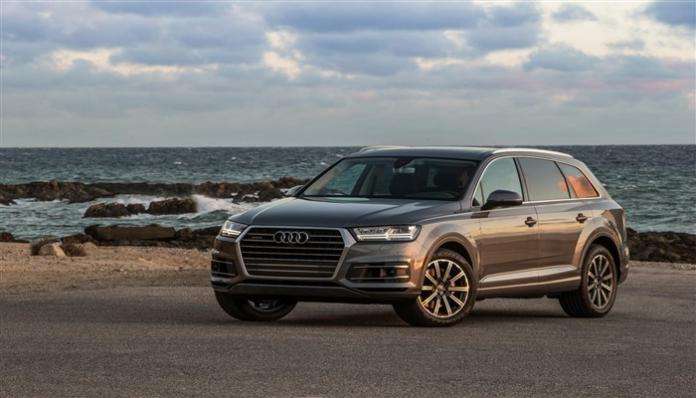 Audi is teaming with a Chinese electronics firm to build solar cells for embedding in vehicle panoramic roofs. The panels will retain visibility for the vehicle occupants.
Advertisement

Not too long ago, as we sat listening to some favorite music, right in the middle of a particularly beautiful piece a warning popped up on the entertainment screen telling us the power was down. Suddenly, the piece disappeared as the power was cut off. Suffice it to say, that we were more than a bit upset by the occurrence.

No, it was not the first time it happened, but it was surprising because it was the first day we ran the car without the engine driving the alternator, which kept things charged. Now whether it was because of some particularly bad karma or Murphy’s Law came calling on the first afternoon without a humungous dewpoint, our tunes were messed up. Instead, a warning appeared and poof, the music was gone.

Now, why was this important? The answer is simple: it points out that today’s infotainment systems are power hogs. Not only are infotainment systems driving high-tech touchscreens with all of the information they provide, but they are also reading information from various control modules and other systems while providing their entertainment. It can quickly flatten a battery.

What would it take to fix the problem? How about using solar cell technology to convert the sun’s power into electricity? Audi and a subsidiary of the Chinese tech firm, Hanergy, Alta Devices, are doing just that.

They are teaming up to develop solar cells for use in panoramic glass roofs to power systems like the air conditioning, seat heating, infotainment systems and the like, Audi said this week. Audi hopes that its work with Alta will cut the drain on an electric vehicle’s battery so it can maximize the vehicle’s range. Audi made no predictions about savings.

The announcement comes as the automaker moves toward an almost fully electrified lineup within the next decade. VW, Audi’s parent, has committed to provide at least 30 electric or hybrid models by 2025. The commitment is part of VW’s trust rebuilding program following the Dieselgate emissions scandal.

Not the first time for these cells

Though it may seem like this is a new plan, it isn’t. The Karma Revero has featured a solar roof for some time. It is similar to the proposal outlined by Audi. Another automaker that is working on a similar program is Toyota. Panasonic, earlier this year, announced that it was working with Toyo to provide a solar roof in the Prius Prime hybrid line.

The significant difference between the Audi/Alta plan is visibility. With Audi’s plan, occupants will be able to see through the roof because Alta’s tech is more efficient than other more traditional silicon cells used by other manufacturers. Though Audi announced no particular vehicle, the automaker did have a timeline. Audi says it expects to have a prototype built by the end of 2017.