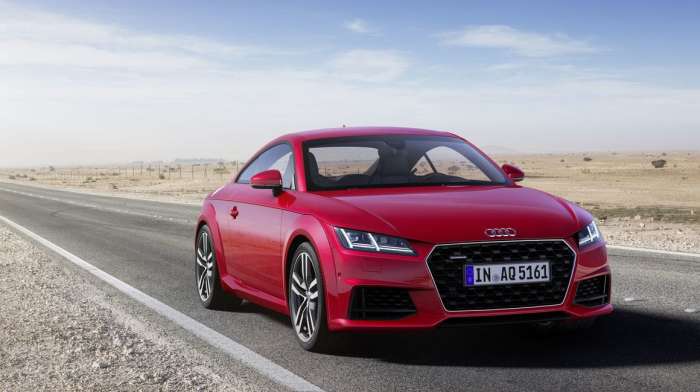 Audi To Phase Out TT Coupe; Replacement Electric In The Wings

Ending the constant speculation, Audi late last week confirmed that the two-door TT lineup will be phased out next year. That was the bad news, the good news, though, was that the automaker is already planning a replacement performance electric, though, it may not have the TT's iconic shape. It could be, one rumor says, a fastback.
Advertisement

In this time of remembrance, we also have to honor some of the vehicles that will be leaving us next year. Which one gets the honors, this time? Audi’s iconic coupe, the TT, a performance gem that not only handles like a charm, but it also keeps you comfy. The TT’s passing was confirmed last week by Bram Schot, the automaker’s chairman.

The Audi TT has been around for 20 years, since the late 1990s. Reviewers raved about the sporty coupe with its iconic lines. Some have wondered whether the rounded TT was the automaker’s version of the iconic VW Beetle as they seemed to share many body parts. Audi's Special TT 20th Edition Looks To The Past

With the decision to curtail the TT, the automaker no longer has an internal-combustion-engine-powered sports coupe. And though Audi will no longer offer the TT, there is already a replacement vehicle in the wings, Schot confirmed, though there is no guarantee that the replacement will be a sports car. And, while Schot did say the vehicle will be “emotive” and be priced similarly to the current TT, he did not say it would be a sports car.
The TT’s replacement will be an EV (electric vehicle), Schot indicated, while some reports also said it might be delivered as a fastback Audi TT May Become A Sedan, according to one rumor.

Tempering the good news about the TT replacement was Schot’s blunt warning about the future. As Schot explained during a speech late last week, Audi’s future spending will be limited to key projects such as electrification and fuel cells. Schot said that the carmaker had tried to do too much for too long. Its future products will be simpler. And while he delivered the somewhat good news about the TT replacement, he said, that the R8’s future was uncertain.

Indeed, Schot questioned if Audi needs an internal combustion engine-powered, mid-engined supercar. The automaker is slated to discuss whether there will be an R8 successor.