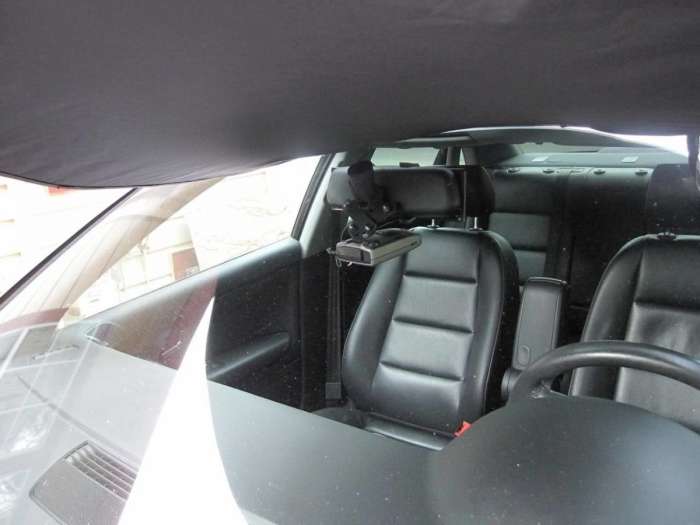 Audi has announced that it will install a replacement for Easy Pass and other toll transponders. The new transponder system, made by Gentex, will be part of the rearview mirror installation.
Advertisement

Remember heading to the Dept. of Motor Vehicles or the state Revenue Office – whichever controls the E-ZPass (and similar) Program(s)? And, remember how long you had to wait in line whenever there was a change to the program? You probably wished, at that time, there was a better way.

Has Audi Found A Better Way?

Well, Audi may have found the better way, honestly. The automaker signaled that it had figured out a benefit for consumers. When the automaker’s small electric crossover appears, its rearview will feature a transponder capable with communicating with most toll roads in the U.S.

Indeed, the automakers said in a statement that its system won’t be compatible with each and every electronic toll system in the country. And, in those instances where it is not, the driver will either be able to turn the toll transponder system off. Or the driver can set the system to high-occupancy vehicle (HOV) mode from the vehicle’s infotainment system.

Built by Gentex, the toll transponder system is the second system made for the VW subsidiary by the electronics systems supplier. Now, Gentex supplies Audi with its auto-dimming rearview mirrors.

The announcement comes some 30 years after the installation of the first electronic toll transponders on the Dallas North Tollway in Texas. During the next two decades, conventional tollbooths were decommissioned and dismantled in favor of a series of electronic readers mounted well over the pavement. Today, more than half of the states use one form of electronic tolling or other. The toll readers are used on dedicated turnpikes and other toll roads or on HOV lanes which charge during peak commuting hours.