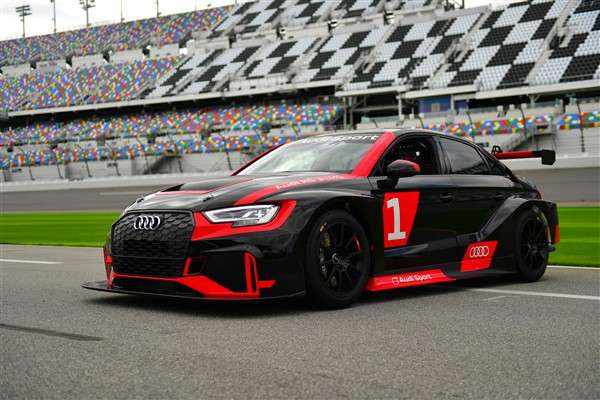 Audi's customer racing program lands at the Virginia International Speedway this weekend as four owner/racers pit themselves and their vehicles against the pros on the Pirelli circuit.
Advertisement

Since the first cars nosed their way onto dirt cart paths of small town America and the cobblestoned streets of cities like New York or San Francisco, an “independent racer” tradition was born. Racers would take their cars; find a patch of winding road that circled back onto itself, set up some interesting corners, and they were off.

A tradition as old as cars themselves

It is a tradition that has been carried on since the days of Curved-Dash Oldsmobile and other early brasses.

One of today’s iterations is Audi’s Clubsport program. Indeed, when the flag drops at Virginia International Raceway next weekend, four of the race cars involved in this program will take part in the TC class of the Pirelli World Challenge.

As you would expect, Audi takes safety seriously. The safety package includes an FIA-conforming fuel tank, a racing safety cell, a PS-3 safety seat, FIA safety nets on both sides of the seat and a rescue hatch in the roof identical to the one used on Audi R8 LMS.