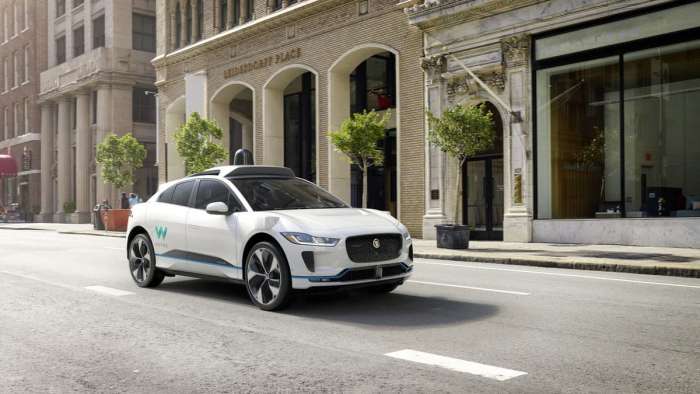 With 21 reports of assaults against it in the last two years, Waymo is pushing ahead with its self-driving tests. The assaults have ranged from slashed tires to sticks, and finally someone trying to block their way. It's an interesting situation.
Advertisement

If you live in Arizona and listen to police reports, you may not be too surprised to hear something like this:

“Base to Car 2: Check out a report an attack on a Waymo vehicle at the corner of 5th and Elm.”

“Car 2 to Base: They are at it again, Sarge! People are throwing things and whacking Waymo cars as they pass by. No one is pressing charges, though.”

At Least 21 Incidents Have Been Reported

If you think this is apocryphal, it’s not. There have been at least 21 reports of assaults against Waymo, self-driving autos, says an edition of The Arizona Republic. To say that Arizonans aren’t happy with the thought of sharing the roads with the Google-owned self-driving vehicles is putting it mildly. They are not one bit happy, at all.

The newspaper has said that in the last two years there have been 21 cases where individuals have assaulted Waymo self-driving cars with rocks, or slashed tires. Also, even with safety drivers inside, harassment has been reported. Then, there was the incident where a Jeep driver was running self-driving cars off the road. And, finally, there was the time a driver pulled a gun on a self-driving Waymo vehicle.

Though diagnosed with dementia, the suspect involved told police that he had just intended to scare the Waymo driver. He further said that he “hates” Waymo cars, citing an incident last spring where an Uber self-driving test car struck and killed a pedestrian walking across a major road late last winter.

Pedestrian Attempts To Block The Way

In another incident, a pedestrian who was three-sheets-to-the-wind stood in the middle of a street as he attempted to block the route of a Waymo van. The paper reported that the man was sick and tired of self-driving vehicles cruising through the neighborhood. Waymo responded by ensuring vehicles stayed out of the area after the incident.

According to the paper, test drivers rarely press charges. They do undergo training in how to handle themselves when these situations arise. The company said in a statement that “Safety is at the core of everything we do, which means that keeping our drivers, our riders, and the public safe is our top priority.”

Why have there been so many incidents in Arizona? A lecturer in information systems at Arizona State explained that it isn’t so much that the people are against the vehicles themselves, but that

Though it has stopped routing its self-driving cars through some neighborhoods, Waymo has no plans to back off its testing program. With the completion of the test phase, the company will roll out the industry’s first ride-share for screened riders.

The company had promised the ride-sharing service, open to the public, by the end of this year. Since there has been no announcement about it’s safe to assume that the original kick-off date has passed. When Waymo is ready, there will be the usual breathless fanfare, again. Maybe this time, there will be more to it. Are Waymo Tests Thorough Enough?

Source: The Carconnection, The Arizona Republic