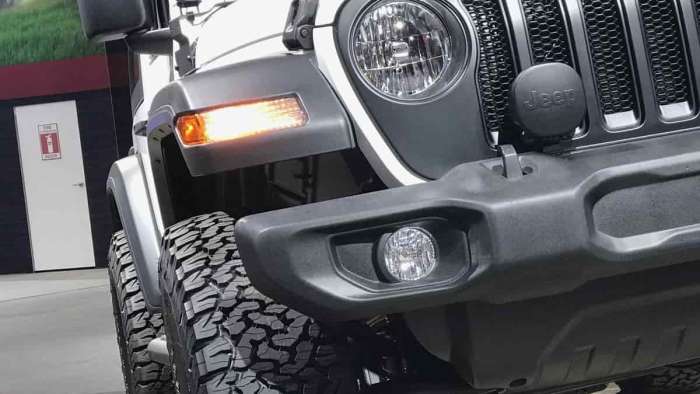 After All Is Said About Tires, Which One You Should Use

With all of the information out there about tires, it is easy to have your head spinning. Instead of waiting for the next revolution of your neck, why don't you stop and read about which types of tires are what.
Advertisement

With all the news about which tires are best for which vehicles in the winter, there’s one area that is lacking in the analysis, what type of tires to buy in the first place?

Let’s face it; auto manufacturers try to put the least expensive rubber they can on the wheels of the cars of America. Most of the time, they end up placing sad-looking, and under-performing donuts labeled perhaps “All-Weather” on the wheels. Now, it is true that they are “All-Weather” tires, but the range of weather is quite limited. The reality is the “Weather” meant is summertime.

When Do You Use A Tire?

Also, these tires often have rather mild tread patterns that don’t eject water efficiently, while often gripping the road poorly. For example, how many times have you driven along on your “All Weather” tires in rainy weather, expecting them to handle the elements, only to find that your vehicle is handling poorly and hydroplaning (riding on the water instead of through it). It is quite a weird feeling to have your front wheels lose touch with the asphalt at moderate speeds, while your vehicle tends to fishtail or slip more than you expect.

Summer tires, as pointed out by tire information sites, tend to have:

In other words, summer tires have a limited range of geographic areas where the temperatures seldom drop below 50° Fahrenheit and where it also remains dry for a goodly portion of the year.

You will also find that when tire outlets put tires on sale in a four-for-three (by three get four tires) sale or something similar that the tires they are pushing may have good manufacturing labels, but if you check them you will also find that they are the low end of the outlet’s range. More often than not, the outlets make more on selling accessories or services that go along with the sale than they do on the tires.

While they may seem like they are the same type of tires, “All-Season tires” are better than “summer tires.” For starters, they are better built than summer tires, using a better, wider-ranging compound for the carcass (the basic casing without any air and not mounted), and they also have a more aggressive tread pattern.

“All-Season tires” are meant to be used over a temperature range of roughly 10° to around 80° Fahrenheit. Their compound remains flexible over a far more extensive range of temperatures. They can handle most of the driving needs over a vast portion of the country through the seasons.

“All-Season tires” also feature a much more aggressive tread pattern, as noted. Look closely at the image that accompanies this article, and you will see that a goodly portion of the tire’s tread tends to be blocky, while there is a slightly lower proportion of more “standard” tire tread features such as grooves and angled grooves. The tire also features grooves that are set up to clear snow, mud, and ice quickly. The grooves used by “All-Season” tires are deeper and tend to trap water, snow, and ice. The tire’s tread construction then ensures quick clearing of the water, snow, or ice.

While summer tires will easily last 40,000 to 50,000 miles, you should note that while “All-Season tires” do not usually last that long (of course, there are those tires that do), they still perform well over their 35,000 to 40,000-mile lifetimes.

For winter driving in the northern tier of states, you will probably want to install “winter” tires. “Winter” tires are more traditionally known as snow tires. They differ from “All-Season” tires in that their use is dedicated to snow and ice and temperatures down to about 20° Fahrenheit-below. “Winter” tires are very aggressive, for the most part. By aggressive, we mean that they have a very blocky tread pattern with deep grooves between rows.

Designed to handle snow, ice, and mud, “Winter” tires are made of a very flexible tread compound. These tires bite into and hold onto fairly deep snows because they remain pliable. As the temperature approaches their limits, though, the tires do tend to become brittle. However, given their tread pattern design, the tires can still handle their winter chores, even though the capability compromised a bit.

Since these tires remain very gummy at higher temperatures, they are not for use in spring, summer, or fall when roadway temperatures remain high so that the tires will wear quickly due to their pliable construction. If you keep “Winter” tires mounted in the spring and summer, you will find they will wear out quickly. On average, they will seldom last more than 30,000 miles in this service.

Watch for news about Ford trucks here. You will also receive information about planned changes to the Ford F150 and other trucks. Click To Subscribe To Torque News YouTube Channel For Daily Ford and Automotive Industry News Analysis.

Here Are Our Tire Recommendations

These are the three major types of tires available to you. As you can see, we have made some recommendations about which tires are appropriate and when. To summarize, though, here are our suggestions:

This week Torque News has presented a variety of items recommending tires for various brands of cars. This article is a more generic story and covers all vehicles.

Source: This article is based on research done by the author.

Marc Stern
has been an auto writer since 1971. It was a position that filled two boyhood dreams: One was that I would write, and two that I write about cars. When I took over as my newspaper’s auto editor, I began a 32-year career as an automotive columnist. There isn’t much on four wheels that I haven’t driven or reviewed. My work has appeared in Popular Mechanics, Mechanix Illustrated, AutoWeek, SuperStock, Trailer Life, Old Cars Weekly, Special Interest Autos, and others. Today, I am the Ford F150 reporter for Torque News. Sometimes, I also write more general news articles like this one. I write how-to and help columns for online sites such as Fixya.com and others. You can follow me on Twitter or Facebook.k